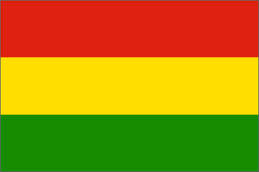 Quetta:  Balochistan National Party (BNP-Mengal), has decided to sit in the parliament to defend Baloch rights. A party announcement confirmed that the opinion sought from the party workers and activists from all over Balochistan favoured using the platform of parliament and assemblies for protecting the national rights of the Baloch people and exposing anti-Baloch policies in the form of military operations. The workers and political activists of the party from all districts of Balochistan were of the opinion that the party should use the forum of parliament and assemblies as a tool for national struggle advancing the legitimate Baloch national interests in future. By taking this decision, the BNP members of Parliament and the Balochistan Assembly will take oath as members and play their democratic role in parliamentary politics. Keeping in view the sentiments of the party activists, it was decided to raise the voice against injustices inside the parliament and the assembly.

Published in The Balochistan Point on June 29, 2013

2013-06-29
admin
Previous: Education is everyone’s basic right, it should be provided equally and honestly:D.E.O Chaghi Haji Aman Ullah
Next: Pakistan — no country for foreign journalists