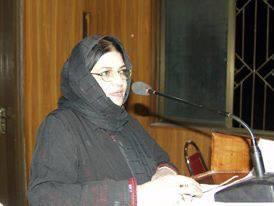 Professor Tahira Ehsas Jattak has authored more than twenty books specifically in Balochi, Brahui and Urdu literature. She has received many excellence awards at provincial and national level.

Professor’s vocal voice for highlighting women rights in poetic expression has earned name for her, as of her contribution for Baloch nation.

Published in The Balochistan Point on February 16, 2021