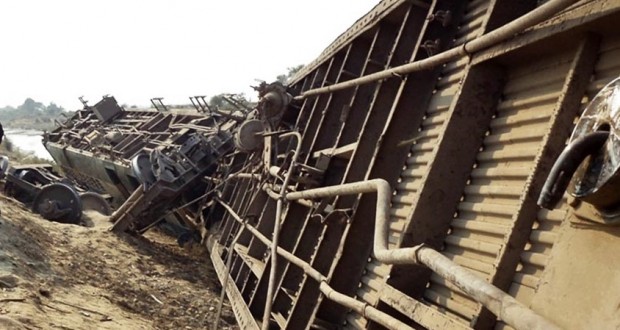 According to the details militant organization Baloch Republican Army (BRA) claimed responsibility of the blast hit in which at least 10 people were killed and over 30 injured when a blast hit a railway track near Thal in  Kashmore district of Sindh.

DS Railways said around 350 passengers were traveling in the Khushal Khan Express when it was hit by a blast. Police confirmed that at least four bogies derailed as a bomb exploded on a track.

The train, Khushal Khan Express, was heading to Peshawar from Karachi when a bomb planted beneath a railway track exploded.

BRA had also claimed the responsibility of blast which took place two weeks ago on rail tracks near Karachi which derailed eight bogies of a passenger train.