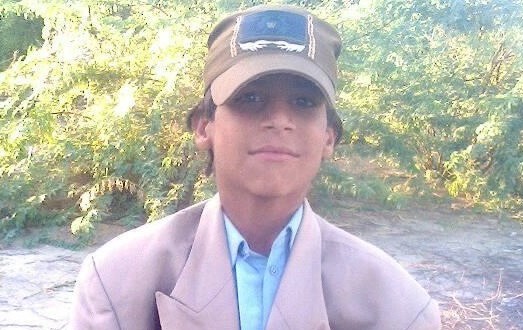 According to the details   an extremely tortured dead body was found  in Kor Nadi area in Kech district on Friday. Police shifted the body to hospital where it was identified as of ten years old school going boy Chakar son of  Khuda Dost Baloch.

Sources said the 10 years old Chakar Baloch, resident of Turbat was whisked away by armed motorcycle riders from Fish Market Turbat on January 07, 2013. Chakar’s body had signs of torture and he was shot on head and chest. Chakar has been killed systematically, as the hundreds of other Baloch youth have been victim of it.

Published in The Balochistan Point on January 12, 2014