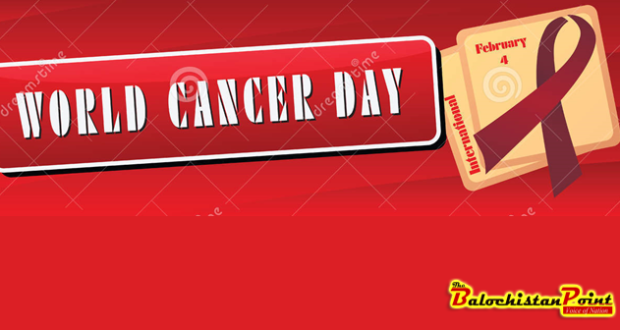 World Cancer Day celebration was planned in the Geneva, Switzerland in 1933 under the direction of UICC (Union for International Cancer Control) and with the support various other well-known cancer societies, research institutes, treatment centers, and patient groups.

World Cancer Day is the ideal opportunity to spread the word and raise the profile of cancer in people’s minds and in the world’s media.

It is celebrated to plan some new strategies as well as implement some new programmes which help aware more people about this disease.

If we look into the steps that were taken in BALOCHISTAN, In the year 2015, 3500 male and female patients from Balochistan, some patients of Afghanistan and Iran have been treated in Cancer Unit 4 Bolan Medical Complex Hospital. There are 15 bedded for Male and Female in Unit 4 BMCH.   In 2016, 4000 patients have been treated also more than 100 surgeries have been made. Expensive medicines are also provided on free of cost basis that includes Decetacel injections, oxalipatin AHP injunctions, Rituximab, Kolinic acid/ Leucovarin calcium. Some medicines are being provided to patients from government of Balochistan and some from donations made by the different donors agencies and by the people.

Secretary Health government of Balochistan Mr. Noor Ul Haq Baloch on the World Cancer Day expressed his view and said that in the next public sector development program 2017-18 from health department recommendations have been proposed to fully strengthen the Cancer Unit at BMCH. He also stated it is the need of time to establish a fully functional Cancer Hospital at Balochistan to this matter all essential measures will be taken because many precious lives has lost their lives in this regard. He also appreciated any positive move that will be taken for this noble cause and government of Balochistan will fully support their recommendations and pragmatic plan in establishing state of art Cancer Hospital in the Province.

Published in The Balochistan Point February 04, 2017