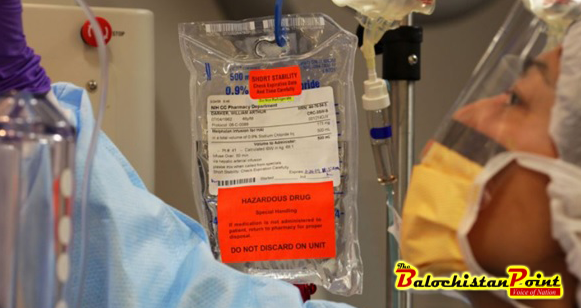 Cancer is a disease that takes the life of thousands of people each year. There are several types of cancer. This fatal disease is one of the leading causes of death in the province. Unfortunately, Balochistan has given birth to poverty, terrorism and health crises. Cancer has become a major public health threat to the people of Balochistan, the number of deaths from cancer particularly lung and Blood cancer rise up in the province.

Apart from many other factors lack of health facilities and awareness about various aspects of the problem and the heavy radiations of Atomic excrement in District Chaghi are playing an energetic role in the uprising ratio of cancer in the province.

Across the country especially Balochistan lacks severely the facilities for treatment of cancer patients. This region is famous in all over the world especially with CARs by the name of the richest province while discussing the natural resources, Agriculture, tread zone and deep-sea ports. Woefully, the richest province has only one cancer treatment Hospital in the capital that is also deprived of latest equipments and technology.

As per recent report showed on BBC website and published in various newspapers that Balochistan has the highest poverty ratio across the country. Poor people of the richest province with the high ratio of cancer cannot pay millions of rupees for their proper treatment. Various studies have shown that less than 20% of all cancer patients in the province are able to receive health care while diagnosis and treatment facilities are not available to over 80% patients. Higher authorities are not serious about this dangerous threat, the number of non-government organizations are active in the country working against POLIO and ADIS virus, but ignoring this fatal disease.

Even Though, Pakistan has the highest ratio of cancer in Asia as well. While Balochistan with less population has the highest ratio of cancer in Pakistan, the number of people are suffering from cancer. Keeping in the view the increasing number of cancer, Provincial Government has to establish clinics in the OPDs of all Divisional Headquarter Hospitals which will provide the awareness regarding early detections of all types of cancer. Authorities should take remarkable measures to uproot cancer from Balochistan, so that the people take a sigh of comfort and this is the dream of every citizen of living inside Balochistan.

Published in The Balochistan Point on February 05, 2017

2017-02-05
admin
Previous: CM announces Cancer hospital for Balochistan
Next: Letter: Where are the resources?