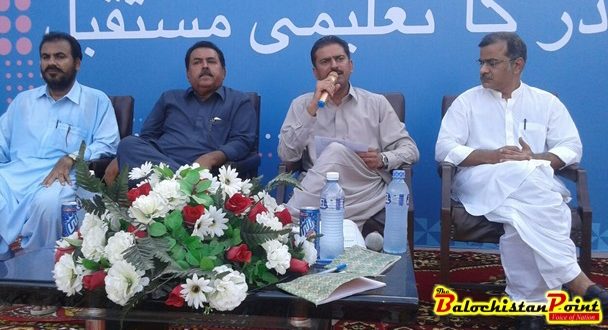 Candidates commit to reforming Gwadar schools in their constituencies

Analysis of the educational landscape in Gwadar revealed that shortage of schools at primary and post-primary level, gender disparity, and unavailability of basic school infrastructure and facilities are the three most important factors contributing to failing education standards in Gwadar. As Pakistan’s only deep-sea port city that is positioned to be an international trade hub and lead Pakistan’s ambitions to become an innovator in industrial, technical and strategic domains, it is alarming to see how little investment is made in improving Gwadar’s schools to match such ambitions.

80% of all the schools in the district are primary schools, with only two higher secondary schools. The students graduating out of the primary schools do not have enough schools to attend after Class 5, leading to drop-outs. Furthermore, only 33% of all the schools in the district cater to girls as compared to 67% schools for boys, putting girls at a greater disadvantage. In terms of infrastructure, a large percentage among 278 schools across all levels in Gwadar lack basic facilities.

During the session, moderated by renowned journalist Zareef Baloch, Mir Hammal Kalmati stated ‘We would only be able to take full and just advantage of CPEC if we educate our children at this point.’ Owais Iqbal questioned how children who do not have water and electricity available in their homes would be able to attend schools. He stated his only motive to contest elections this year was to be given a platform where he could rectify this and give every child a chance to go to school. Jamaat-e-Islami’s Saeed Baloch said his success in elections would mean success for children who study in the 140 shelterless schools of Gwadar as he would push for buildings and infrastructure to be provided for those schools. He also promised to establish 5 new schools equipped with latest technological facilities for Gwadar’s children.

Towards the conclusion, all contesting candidates agreed to work together for the constitutional provision of quality education for children of Gwadar, based on the demands backed by a host of organisations, parents and community members in Gwadar.

Published in The Balochistan Point on June 30, 2018