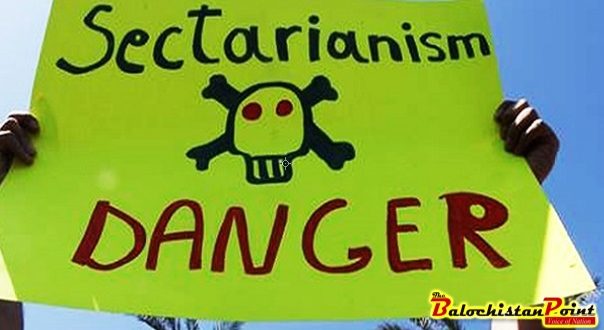 Pakistan was created on the basis of religion and no doubt religion played an important role in the unity of the Muslims in the Sub-continent. At the very beginning of the creation of a new counrty, many factors gave hard time to Pakistan. Some of them were; Regional realities, racial and linguistic problems. The ideology couldn’t or failed in uniting the societies within Pakistan. Many issues started to arose with the creation of Pakistan and the issue of sectarianism was the dominant one. The issue of the sectarianism has destabilized many factors i.e. political, social and security of Pakistan.

The word sectarian means “of or concerning a sect; following the doctrine of one sect in a narrow minded way”. The word Sectarianism is derived from sect, which means affiliation to any particular sect. The Sectarian Conflict is defined as the conflict between any two particular sects of the same religion. In Islam (The dominant religion of Pakistan) the conflict between Shia and Sunni. The sectarian strife is not only in the Muslims but it can be found in Christianity (Protestants and Catholics), Buddhism and the Hinduism.

With the creation of Pakistan this issue of sectarianism has been present but it rose at the early 1980s affecting and destabilizing the country’s social, political, religious and internal security factors. It caused an immense trouble i.e. violence and disorder in the society. At the early years it wasn’t a big issue but in the last three decades it has created an insecure environment in Pakistan. Due to the increase in the sectarian conflicts the society has witnessed an immense increase in death tolls by bomb blast, suicide attacks and assassination.

The Pakistan population mostly comprise of the Sunni, whereas Shia population is only 20% of total population of the country. Both the sects lived peacefully and they had friendly environment till the changes in the internal politics in the early 1980s. When the parliament in the Bhutto’s era declared Ahmadi’s as Non-Muslims, and the anti-Ahmadi’s movement was one of the most important movement in the issue of sectarianism.   The Zia’s regime of islamization and zakat ordinance, Iranian Islamic revolution raised the issue of sectarian conflicts in Pakistan.

The Militancy in Pakistan became more prominent with the external factors. The Iranian Islamic revolution mobilized Shia militancy and increased the influence of the Shia in the conflict. The Shia institutions which were located in Peshawar, Khurram Agency, and Hangue district got assistance from Iran. Through which they became strong in those areas which were under their influence. Islam was divided by sectarianism through Iranian Shia and Arab Sunni also known as Saudi Arabia.

The Fight between Saudi Sunni and Iran Shia left Pakistan in great trouble, due to which this issue has been affecting Pakistan.  The Role of the religious groups has also played its role in the conflict. As the sectarian issue is attached to its religious groups, it has created very narrow minded picture for one other. Both the sect has created intolerance for each other, which creates  insecurity in the society.

The issue of the sectarian conflict has been growing day by day. Due to extremist leaders of the sect the intolerance has been increasing. Showing hatred to the other sect is being appreciated.

The writer is currently student of International relations at Quaid-E-Azam University Islamabad.

Published in The Balochistan Point on June 30, 2018