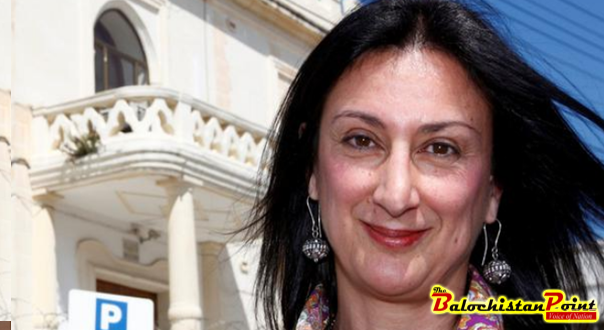 Ms. Galizia, 53, had just driven away from her home in Mosta, a town outside Malta’s capital of Valletta, when the bomb went off, sending the vehicle’s wreckage spiraling over a wall and into a field.

Mr. Muscat says Galizia’s death resulted from a “barbaric attack” that also amounted to an assault on the freedom of expression. He said she “was one of my harshest critics, on a political and personal level,” as he denounced her slaying.

Daphne Galizia revealed that the wife of Malta’s Prime Minister, as well as Mr. Muscat’s Energy Minister and the government’s chief-of-staff held companies in Panama.

Politico magazine named Ms. Galizia as one of 28 Europeans who are “shaping, shaking and stirring” Europe. She revealed that Mr. Muscat’s wife, Michelle, as well as Muscat’s Energy Minister and the government’s chief-of-staff held companies in Panama by looking into the 2016 document leak. Mr. Muscat and his wife have denied that they held such companies.

Ms. Galizia was sued for libel because of various articles she wrote on her blog “Running Commentary,” and she had filed a report with the police two weeks ago that she was receiving threats.

Monday evening’s Parliament session was scrapped, except for briefings about the bombing scheduled to be given by Mr. Muscat and Mr. Delia.

In June, Mr. Muscat was sworn in for a second term as Prime Minister following snap elections he had called to reinforce his government as the Panama Papers’ leak indicated his wife owned an offshore company.

2017-10-19
admin
Previous: Students of Cadet College Mastung Visit BUET, Khuzdar
Next: To Whom My Vote Gone