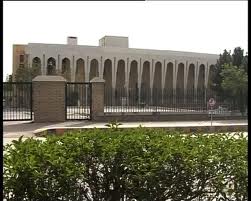 Armed guards of MPA Nawaz Zehri had clashed with police while forcing their way inside the Balochistan Assembly premises on Thursday during by-polls of two Senate seats. Chief Minister Balochistan Abdul Malik Baloch had suspended a senior police official for ‘misbehaving’ with the senior minister, followingth e incident.

“When police cannot stop armed private guards, how can they deal with terrorism”, the top judge of the province remarked during Friday’s hearing.

The Chief Justice asked the provincial Chief Secretary Babar Yaqoob Fateh Muhammad, “people have attached high expectations from the new government, but the morale of police had gone down because of the government’s step”.

Addressing the police Qazi Faez Isa said “Even if a chief justice comes with private guards, you can stop him”, adding that “nobody was above the law and rule of law must be maintained at all cost.”

The FIR was lodged on Friday against five private guards of the influential tribal chieftain at Bijli road police station.

Published in The Balochistabn Point on July 20, 2013