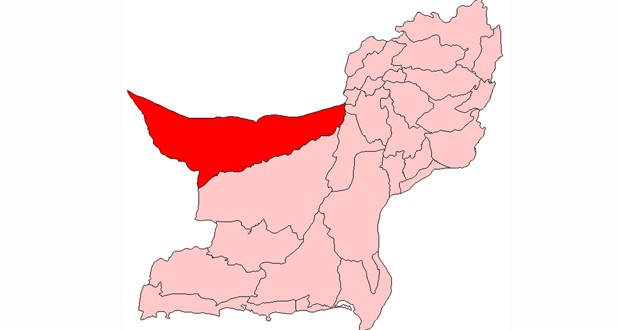 Chagai: A Graveyard of Problems

Chagai was separated from Noshki and became a district in April 2004.  Sakhi Dost Muhammad played an important role in acquiring division status for Chagai and therefore He is known as Baba-e-Chagai. Chagai is the largest district of Balochistan province area-wise and it consists of an areas of 45,000 square km. Chagai contains all kinds of precious minerals such as Copper, gold, Diamond, Marble stones to name a few.

Recently a report on poverty was presented in senate about poverty. Chagai was also among those districts where majority of people live below poverty line.  Chagai is contributing to economy of Pakistan in the form of Saindak Copper-Gold Project and Taftan border trade but it’s one of the least developed provinces in Pakistan.

Not to mention the fact, that today most of Pakistanis remember Chagai for the 1998 Nuclear tests in this district. At that time government announced that it would make Chagai a model district but all those claims proved to be mere rhetoric. Today, Chagai doesn’t have any good quality educational institutes; it lacks basic health care facilities. There is no electricity and gas for the Chagai district. Chagai has turned into a graveyard of problems.

Today, people of Chagai suffer from illnesses such as Yellow fever, Black fever and so on. There is acute shortage of drinking water in many parts of Chagai district. If an outsider visits Chagai he gets the impression that he has entered an area which still belongs to the Stone-age.

In the end, People of Chagai would like to request Prime Minister Nawaz Sharif to make good on his promises that he made about Chagai in 1998. He promised to establish technical centers, basic health care units and make Chagai a developed district. We request him to convert Chagai from a graveyard of problems to a garden of prosperity.