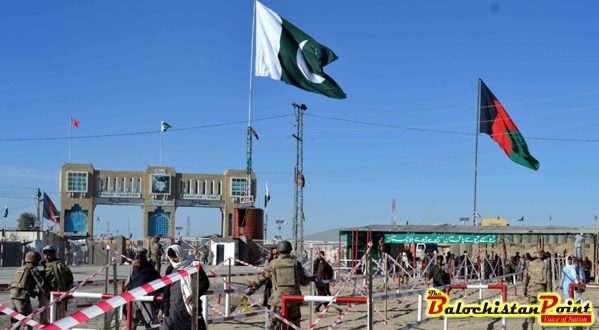 The Durand Line between Pakistan and Afghanistan was drawn by the British India through an agreement signed in 1893, between the Foreign Secretary of the British Indian government, Sir Mortimer Durand and the then ruler of Afghanistan, King Abdur Rehman Khan, which demarcated the 2,640 km (1,610 miles) border between British India and Afghanistan.  Subsequently, after the creation of Pakistan, there were different views in Afghanistan regarding the contract made during British rule in India as some people consider it an agreement for hundred years till 1994. However, some others in Afghanistan are of the view that the contract was made with British Government and after creation of Pakistan it has been invalid.

The stance of Afghanistan is not based on authenticity, as after the creation of Pakistan, the disputed and contested areas by Afghanistan became legal parts of Pakistan’s territory, as it was a successor state to the British government in India. Pakistan being a legal successor state was entitled to enjoy full sovereignty over this area and has all the rights and obligations towards the people of this area. Secondly, the international rules give Pakistan all the authority to own the areas and separate it from Afghanistan by a border management tool. Subsequently, the international border allows Pakistan to forbid the interference of Afghanistan in the territories and people living in the eastern part of it. 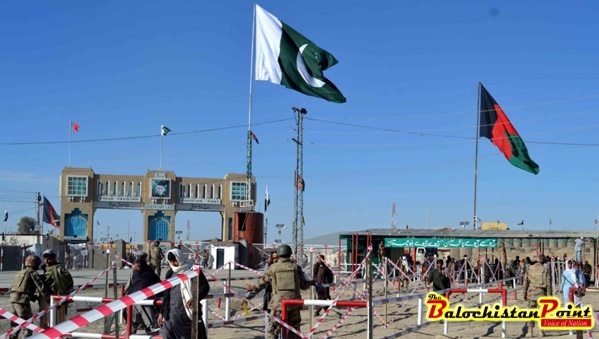 However, the stance of Afghanistan has never been to accept the international border and has always been creating hurdles for Pakistan to contemplate and devise a modern border management tool for safe passage of people. The blame game of Afghanistan and Pakistan is getting tense to have proxies in the name of Taliban who are involved in the attacks of law enforcement agencies across the border. However, the blame of Afghanistan is supposed to be wrong as Pakistan started a project to make a trench of 100 km long in Balochistan on Chaman-Kandahar border in 2013, which was supposed to protect the illegal movement of people due to security reasons as Pakistan has already been suffering a lot in War on Terror. The border violations from Afghanistan towards Pakistan have been enormous. Moreover, the stance of Pakistan was to stop illegal smuggling/undocumented trade, which according to some experts surpasses US$2.5 billion annually, costing millions of dollars a month in lost of Customs duties. The work of trench was finally completed in the year 2016.

Although, the federal agencies of Pakistan (Pakistan Customs and Federal Investigation Agency) are doing all out efforts for proper management of goods and people, however, due to the sporadic terrorism factor from Afghanistan, they are unable to devise an integrated border management system which is commonly popular in many countries. Furthermore, an attempt of biometric system was installed by Pakistani officials on Bab-e-Dosti gate in 2007, which was attacked by the people from Afghanistan side and Pakistan had to go without it. Similarly, Pakistan has been trying to engage its different agencies to work on the border for its proper management. Subsequently, the ASIAN DEVELOPMENT BANK (ADB) and Government of Pakistan signed loan agreements for $250million to boost cross-border trade activity with neighboring countries.

The Regional Improving Border Services (RIBS) Project will improve border crossing procedures and time for cargo and passengers at three key land border crossing points of Chaman, Torkham, and Wagha. Secondly, it would bring all the agencies under one umbrella to give better services to the people who commute daily across the Friendship gates. The construction work would start soon after fulfilling all the formalities.

Furthermore, the unilateral decision of border fencing by Pakistan in 2005 and subsequently, its construction/work-in-progress in its own area of jurisdiction would give Pakistan an impetus to have good relations with Afghanistan. However, it has been castigated and attacked by Afghan Government illogically. The fencing by US on the US-Mexico border unilaterally, has given a good precedence for Pakistan that is legal in the international law executed under Secure Fence Act of 2006. Another example of India to have fencing on Line-of-Control (LOC), paves the way of the forbearance and respect of Pakistan towards its neighboring countries. It is sine qua non that without a proper border management, no country can control its security and undocumented trade.

In a nutshell, it is obligatory on Afghanistan to show willingness to allow and support Pakistan to complete with fencing at Durand Line duly accepted internationally which would bring peace in both the countries. Furthermore, after completion of fencing, it is the mandatory that Pakistan has to bring modern technologies at the Bab-e-Dosti gate and then the foreign actors could not have any involvement in terrorist activities.