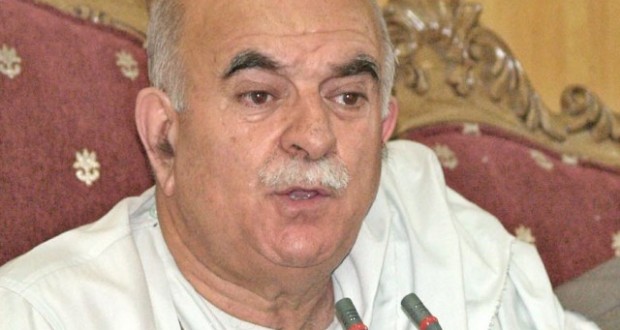 Democracy in this current scenario considered as the most enviable, Usher and triumphant form of government across the globe. US president Woodrow Wilson and his famous slogans “World is safe for Democracy” is still omnipresent across the globe. Although, the land of pure people has little experience about it, particularly the roots of Democratic process in Military ruling country have emerged after six decades. Whenever, transformation of democratic enlargement had accomplished frequently in 2013, by PPP led coalition’s government completed five years tenure first time in the history of Pakistan. Despite the fact that, most of the intellectuals and Civil society encouraged the promotion of democracy which is a positive sign for the demoralized society. Unluckily, still the political system needs the comprehensive struggle to consolidation of democratic process in the Country.

Regrettably, the prevailing democratic political system has raised countless questions, regarding the role of political leaders and their advocating tactics of nepotism within the party system. In reaction of favoritism and partiality, the panic gripped the Capital city of Islamabad since the Independence Day of Pakistan 14 August. When, both PTI and PAT have conducted the massive Sit-in inside the prohibited area of Red Zone. Simultaneously, in response to Marchers, federal government and Balochistan Assembly moved a resolution against the unconstitutional demand of PTI and PAT.

Last week, National Assembly adopted a unanimous resolution to reject the demands of Imran Khan and PAT Chief Dr Tahir- Ul- Qadri. The ineffective resolution was moved by the unofficial advisor of Prime Minister Nawaz Sharif, the Chairman of Pashtunkhaw Milli Awami party (PKMAP) Chief Mehmood Khan Achakzai. Surprisingly, the PKMAP chief has strongly criticized the demands of PTI and PAT, and merely emphasized that; elected Prime Minister Nawaz Sharif would not step down at any cost.

Is PKMAP Chief is the Champion of Democracy?  The answer of course yes, this concern questions itself may address several doubts about the role of influential Pashtun leader hailing from Balochistan. It is therefore, after two decades ideologically Pashtun nationalist leading party PKMAP swept the majority vote in Northern parts of the Balochistan including Quetta the capital city of province wining two National Assembly Seats and four Provincial seats in 2013 elections. Unfortunately, More than a year has passed and there is no mega projects and developments works initiated by provincial elected government, even more they haven’t any future proposal to deal with major issues merely related to the human security.

Moving ahead, how we can sacrifice the impoverished individual’s basic rights in the name of Democracy and Islamic constitution? Unfortunately champion leader of Democracy has forgotten the issue such as, Militancy, extremism, and social security which poses a new set of challenges for marginalized people of Balochistan. In contrast, a leader who has always preferred the practice of Merit, transparency, in every day routine business became another representation of effigy in vague affairs of state, who gave up the ethics of political affairs. Interestingly, no one can close the eyes to the real face of champion of democracy and its role in existing political quagmire, which thrill the Prime minister about enigmatic crisis. Moving to apathetic way, a leader who couldn’t wipe out the belligerent situation at their ancestral town, how it might represent Pashtun and Baloch voice in National Assembly? The answer is very pertinent; the rhetoric of political motto just has manipulated the voice of their people in the name of subjugated Pashtun, Baloch and raising the unfilled voice for their constitutional rights.

In this modernize world, Balochistan is facing an enormous obstacle in the form of traditional threat, non-traditional pitfalls have as well scattered the whole society by different ways. Perhaps, it is only peripheral province of Pakistan which has received fewer shares from Federal government in the name of mega development. Disappointingly, in twenty first century: majority of province districts even haven’t any basic facilities such as Gas, electricity and Sanitation of water. These sorts of slipshod might further exacerbate the chaos:  where the elected leaders of Pashtun Nationalist party PKMAP are looking forward to reinforce the Punjab based elected federal government rather than concentrate on their interminable problem in their constituency.

Unequivocally, it seems that, the dishearten masses are not too much chagrin about the perfunctory performance of their leaders which is very insidious for their vivid future. Likewise, in Balochistan Assembly, we can straightforwardly evaluate the recoil of nationalist parties’ performance in general, PKMAP in particular. Coincidentally, is moving the resolution in National Assembly may perceive the squeamish politics of Mehmood khan Achakzai?

Even others major ruling parities including PPP, MQM, JUI have more seats in National Assembly which could easily have moved the resolution in favour of Nawaz government. But, they didn’t because they are well aware about province strident voice and party interest. Then, why champion of democracy adopted the meticulous attitude towards the democracy, and corroborated the federal government? The answer is very brief and pertinent; the dominant leader is not just defending the democratic process rather than protecting its monarch system in less developed province of Balochistan.

Author is a M. Phil Scholar at Quaid-E-Azam University, Islamabad

Published in The Balochistan Point on August 24, 2014.