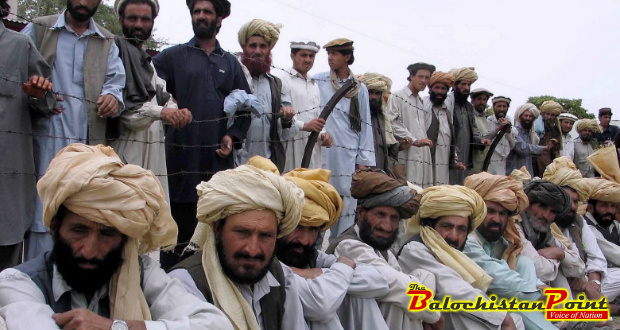 Charsada Attack and The Pashtun Question 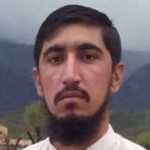 The coldblooded massacre of 26 Pashtun students including the faculty members and security guards left yet another murky day in the troubled province. The attack on Bacha Khan University is not less than that of the preceding assault on Army Public School Peshawar in December 2014.

However, the bloodshed has once again left thousands of hearts with unfathomable grief and mourning throughout the country. Even, the international media did not get reticent over the attack on Bacha Khan University. Because these types of immoral and shameful – activities could destroy nations and its civilization. But why – here in Pakistan the price always be paid by Pashtuns.

In addition, there are some bitter truths which ought to be considered and analyzed, that how from time to time Pashtuns have been affected by the menace of terrorism. History provides us ample examples – that the policies which were adopted in order to achieve the strategic depth in Afghanistan during the occupation of Soviet Union. In which thousands of Pashtuns have been deceived in the name of religion and false illusions of radical political Islam both in Pakistan and Afghanistan.

The establishment of Mujahideen camps during the Cold War ultimately led to the creation of Taliban. Who were used as proxies in the name of Islam and so – called jihad to halt the expansion of communism. Billions of foreign dollars were provided to them by the CIA, Saudi Arabia and other gulf states against the fight with Russia. In which millions of Pashtuns were brutally massacred, tortured, and marginalized.  Consequently, quoting Abubakar Siddique that – “years of external patronage and billions of dollars of covert and overt funding for armed factions culminated in the rise of radical political Islam. The Taliban in both Afghanistan and Pakistan are one manifestation of this process.”

But unfortunately, the Cold War politics in Pakistan has further indoctrinated the people, and injected a false delusion – of radical and political Islam in their minds. Which left the Pashtun question unresolved. Nevertheless, the spread of radicalism and Talibanization has additionally – augmented the division of Pashtuns both in Pakistan and Afghanistan. Because the extent of radicalism has resulted to damage the sentiments of nationalism. Ironically, how can anyone “goes deep into Pashtun culture, history, and tradition to prove how the Pashtun region turned from a peaceful borderland into an incubator of extremism” Daud Khattak writes.

“We are like orphans. Anybody who is kind, uses us for their benefits,” Siddique quotes former Afghan mujahideen leader Mawlavi Younas Khalis, who was heading the Khalis faction of Hizb-e-Islami party during the anti-communist struggle.

In the whole drama of political and strategic objectives – Pashtuns have borne the brunt of terrorism, extremism, illiteracy, poverty, military operations, and marginalization.

The segregation of FATA is relatively visible in the profile of discriminating laws of the British – colonial government known as FCR, which still exist. Hence, it provides the impression that the state is not willing to develop FATA. Rather they use it as a “buffer state” to achieve their political desires. More importantly, Despite of billions of foreign dollar came over the past 15 years for development has not been utilized in FATA and other Pashtun dominated areas. Quoting Franklin D. Roosevelt that “we must remember that any oppression, any injustice, any hatred is a waged designed to attack our civilization.” keeping Federally Administrated Tribal Areas (FATA) aloof from mainstream political domain could have increased the sense of alienation among the people of FATA. Therefore, they have been exploited by anti – American sentiments and religious clerics.

Pashtuns have faced a lot of impediments such as political, economic, social, and cultural by the menace of terrorism in the power corridor.

Finally, one could probably predict that the recent ongoing military operation in North Waziristan known as Zarb-e-Azb, which was carried out against the Tehreek-e-Taliban Pakistan. Who have massacred the APS school children and recently assaulted the Bacha Khan University’s students with an unequivocal impunity. Indeed, the military operation has neither produced promising result nor eliminated the Islamist terrorists and extremists. Because Mullah Fazallullah, Umar Mansoor, Mullah Akhter Mansoor, and Omar Khalid khorasani are still alive – their hands are tainted with the bloods of thousands of innocent Pashtuns. But certainly, they have not been prosecuted and punished.