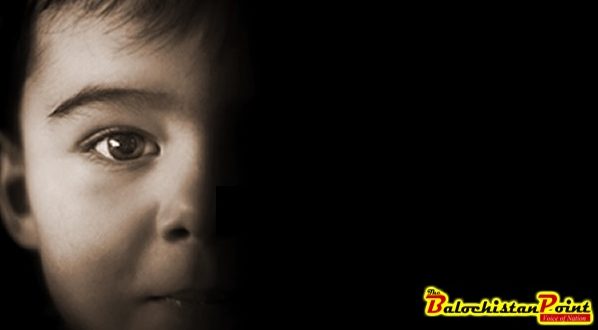 Child abuse: Scene behind the scene

Child abuse is a wide spread frightening phenomenon. In Pakistan, this phenomenon has terrorized parents, mainly after the death of an eight year old girl in Kasur. Murder of Zainab and later killing of two protesters by police are not an ordinary case of abuse and murder. The girl was shoddily tortured. Investigations are continued and the criminal has been captured. The whole nation is waiting for criminals to be punished who are involved in this type of activities.

Going through the recent history, raising figures of child abuse are astonishing. Pakistan is one of the countries with an increasing tendency of child abuse and rape crime rate. According to a report issued by  NGO SAHIL, total 1764 cases of child abuse were reported. About 11 children are abused or harassed daily in our country. Child abuse rate is higher in Punjab as compared to other provinces. Among all cases, 45% crimes were committed by acquaintances whereas 17% were strangers.

According to the fact finding report of Human Rights Commission of Pakistan (HRCP), Zainab was the 12th kidnapping case of minor girls since October 2017.

Kasur city has become a hub of child abuse crime where 10 killings have been reported in the radius of 10 kilometer. Amongst 10 cases of murders, 7 were girls and 3 were boys. The ages of victims were between 8 to 13 years. In Kasur city, most bodies of deceased minors were found in under construction houses and on garbage. It is also thought that in all these cases, children were abused, filmed and murdered. Beside other objectives, this filmed content is used to blackmail parents of the victims.

According to a report around 10 million children are affected worldwide from child abuse. The videos of child abuse, torture and murders are mainly viewed and collected by Pedophiles for the purposes of self use and trading with others. In some cases these videos are used for preparing children for sexual abuse.

Whenever these types of cases are raised in media, Joint investigation Teams (JIT’s) are made, poems and articles are written, talk shows are arranged, candles are lightened, politicians take notices, protests are held but criminals are never punished. If police capture a criminal he is released later on, on the basis of power or political relations.

Rising more, Along with rectifications in the system, parents and teachers should also guide their children or students regarding Child abuse. Proper training sessions should be conducted for spreading the knowledge about the said among citizens. Parents should be careful enough so that no incident like this can take place. They are supposed to guide their children neither take anything nor trust in strangers and if someone tries to abduct them, they should inform their parents. Parents should also reduce communication gap between them and children.

Concluding more, writing articles and poems, arranging talk shows, taking notice is worthless until unless the criminals are punished. These criminals should be letter marked so that no one else can have courage to do this act of atrocity. There is no room for politics in this type of cases. Laws regarding child abuse and rape should be implemented. Police department should be proactive regarding resolving of this type of cases.

“Drastic times call for the drastic measure.” This is the right time to reform the whole system of Police investigations and interrogations. This incident is just a tip of the ice berg. Investigations should be broadening and this time criminals should be sentenced.

Maemuna Sadaf hails from Rawalpindi, Pakistan. She holds degree of MBA (Finance).  She has written three books.  She has written more than 150 columns in different national newspapers in Urdu and English languages.

Published in The Balochistan Point on January 31, 2018