Child Marriage: How the childhood of girls is robbed in Balochistan

The month of March in Balochistan’s winter zones comes with some interests for school going children when their schools open after winter vacation. The new classes, new reading writing materials, new school backpacks increase curiosity of students for going school. However, for Sankina, 13, in the village of Iskalkoo, district Kalat , the school going month came with surprise when she was asked for not going to school as her marriage was scheduled on 15th of March.

Rather than having school materials for new school year she was dressed bridal and remained unable to refuse. Shockingly, she was married to 50 years old Abdul Ghani, the man whose daughter had already married to Sakina’s elder brother and Sakina’s marriage was cause of exchange relationship.

Though one of the brothers of Sakina resisted this wedding but he was asked to be silent for the sake of family honor.

Sakina is not the first prey to early child marriage in Balochistan but there are hundreds of unreported stories which take place in far-flung areas of Balochistan.  Since Pakistan’s Child Marriage Restraint Act (CMRA) 1929 sets the legal age for marriage to 16 for women and 18 for men.

According to Pakistan Social and Living Standards Measurement (PSLM) survey 2014-15 by Pakistan Bureau of statistics, literacy rate of Balochistan is 43% out of that 55% males and 25% are females. The reasons behind this are obvious but early marriage is being considered one of the major causes of girl’s dropout from schools. In Balochistan more than 50% marriages are solemnized before the age of 18.

The Plan International’s report October 2017 indicates that 15 million girls are married before 18 years age annually across the world. It is on the record that major obstacle in girl’s education is the child marriage. The report further alarms that 130 million girls’ across the world are out of school.

Under the umbrella of Action Aid Pakistan, Blue Veins, Citizen Rights and Sustainable Development CRSD organizations in 2013 claimed that out of 60 million under 18 marriages of girls in world, Pakistan had share of 42% early marriages as 24% from rural and 18% from urban areas of the country. This is the main reason behind the low literacy among female population in Pakistan where the female literacy drops rather than growing up. 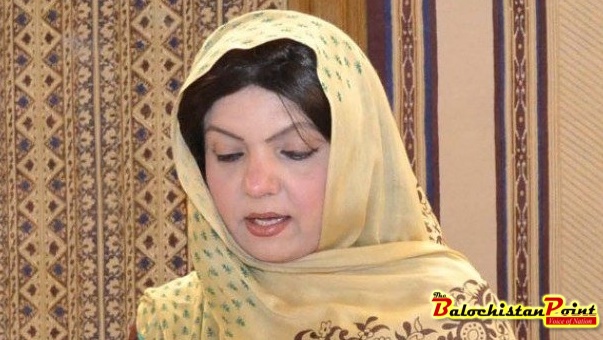 Dr. Shama Ishaq, a women activist and member of the Balochistan Assembly.

Child Marriage Prohibition law in Balochistan has ever been required to control child marriage and its impacts in the province but the bill met challenges in past and existing times.   Dr. Shama Ishaq, a well-known women activist and member of Balochistan Assembly is enthusiastically working for enactment of the pending child marriage bill in Balochistan. She is leading the formed Steering Committee for the enactment of bill.

Dr. Shama Ishaq says that some religious and tribal parliamentarians are rejecting the Child Marriage Prohibition law repeatedly from 2014 in Balochistan provincial assembly.

Talking to the Balochistan Point Dr. said: “Recently, in May 2018, we tabled bill for enactment in the assembly, however, that was again objected. The objection is stated that the bill is contrary to Islamic injunctions and it should be sent to Islamic Ideology for further review thus it went in pending.”

Health and Rural Development (HARD), a Balochistan based non-governmental organization in collaboration with Mundo Cooperante and some other local organizations have launched the advocacy and lobbying campaign in Balochistan for enactment of Child Marriage Prohibition laws in Balochistan. They have been conducting advocacy consultations with Policy Makers from Social Welfare Department, Ministry of Human rights, CSOs and other stake holders for approval of Child Marriage Prohibition Law.

Talking to the Balochistan Point executive director HARD Munir Ahmed  said that   In Balochistan, children mostly forced marriages of girls were on increased rates in rural and urban areas.

“Tribal leaders and community heads have power to disrupt peace and normalcy of indebted families, taking away young daughters and giving them to older men of rival families. This problem of child marriage is further exacerbated by the fact that 85% births in rural areas are also unregistered, making it hard to determine the age of a child at the time of marriage.” Munir Ahmed added.

“Surprisingly, the people are blind followers of myths and adopt harmful practices justifying their tradition by practicing ‘before birth marriages’ of girl’s as excuse against any sin / illegal action occurred by any family member. The before birth engagement/marriage is extremely a harmful and an inhuman practice in Balochistan” Munir  told the Balochistan Point. 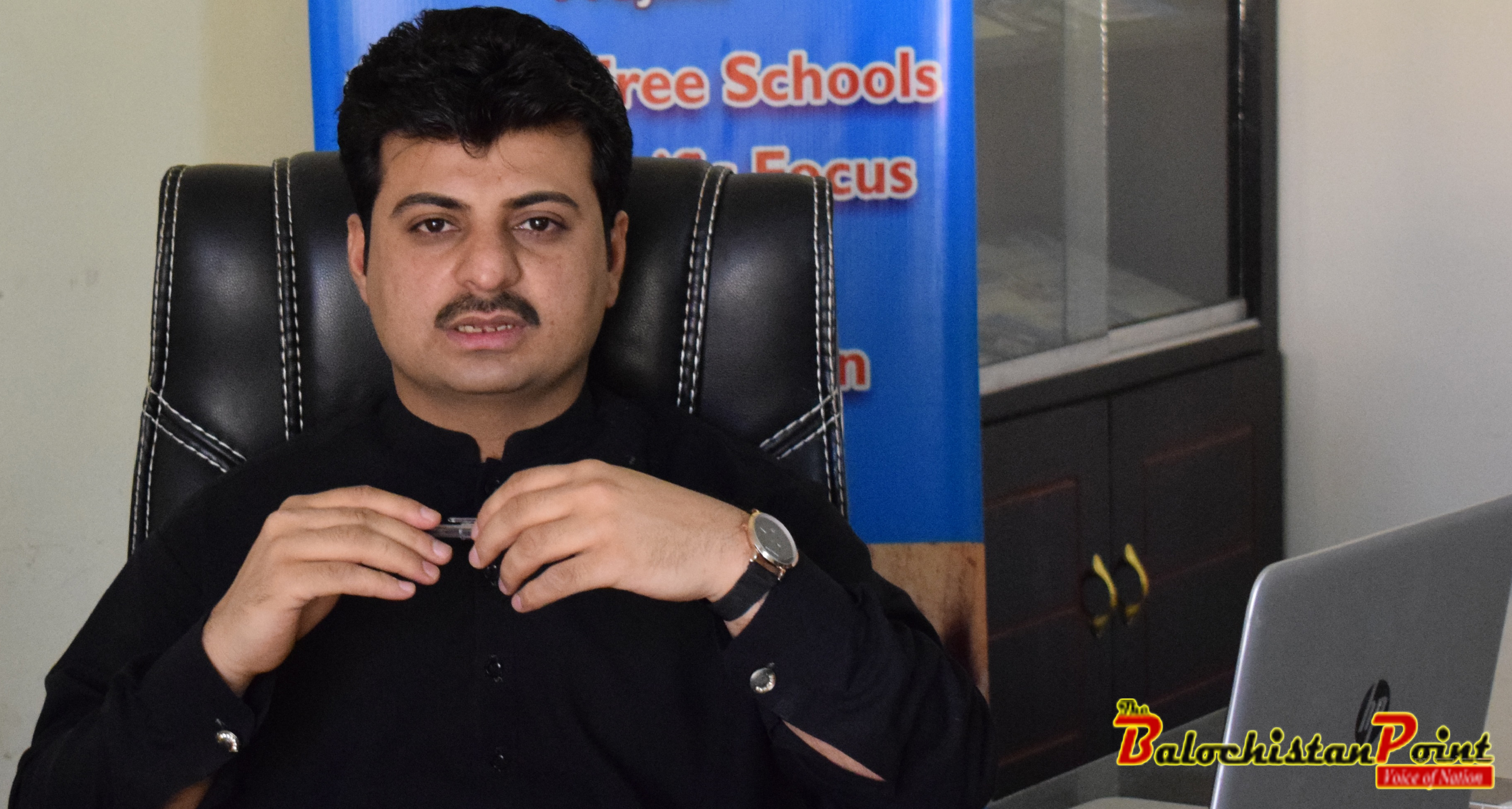 Mis Haleema Chairperson Health and Rural Development (HARD),  says that illiteracy and lack of awareness among people is a major cause of increased early marriages in Balochistan. “The less awareness has made them strong follower of religious, cultural, male-controlled norms and values where girls are married early at 12 to 16. The practice of early marriages is common everywhere in Balochistan due to strong tribal, religious and cultural influence.” Said Mis Haleema.

Mis Haleema admired the role of civil society for advocating to protect girls and their rights in the province and would suggested that  such organizations should continue their advocacy to develop pressure for enactment of Child Marriage Prohibition Law so that children mainly girls get rid of this harmful practice.

Director ministry of Human Rights Balochistan, Jahanara Tabassum is also of the view for protection and promotion of human rights in collaboration with social organizations, particularly for children and women rights. Talking to the Balochistan Point she emphasized on rising awareness against child marriage in communities and termed Child Marriage Prohibition Law crucial for defending human rights. 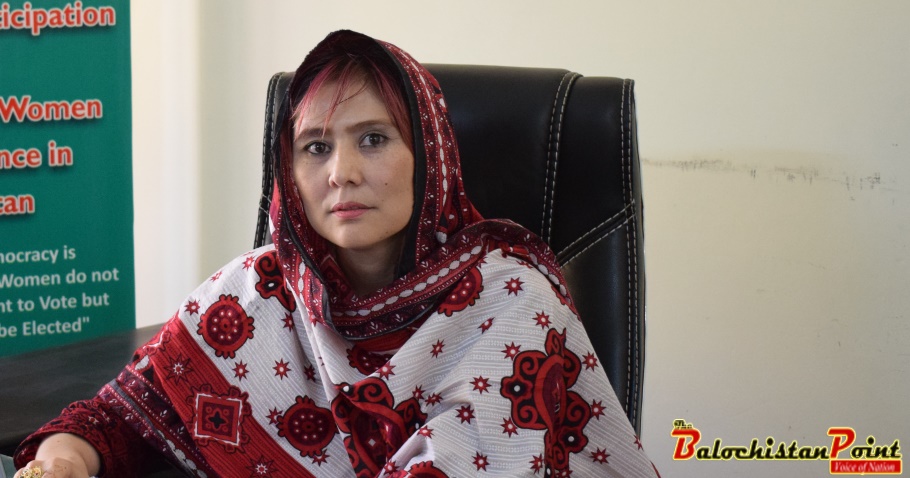 Poverty is marked a chief factor contributing in child marriages and practice of bride price is still widespread in Balochistan. Furthermore, custom of before birth and compensation marriage is prevalent and girls continue to be offered in marriage in exchange of debts to resolve tribal or family disputes and rivalries.

Protection of girls and boys from child marriage is responsibility of the State.  So far the laws that have been passed on national or provincial level still look for remarkable implementation. Pakistan was the sixth country in the world to sign and ratify the United Nations Convention on the Rights of the Child (UNCRC) in 1990 following its adoption by the UN General Assembly on November 20, 1989. 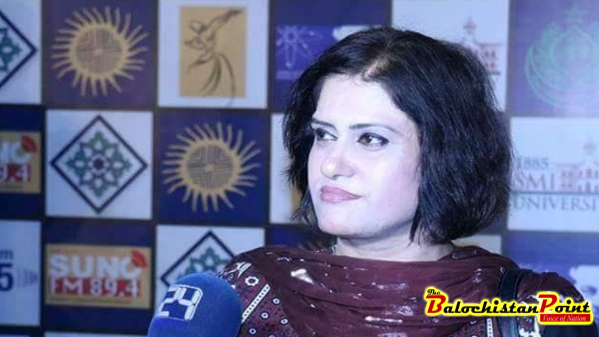 Pakistan is also a member of the South Asia Initiative to End Violence against Children (SAIEVAC), an inter-governmental body which has adopted a regional action plan to target child marriage.

There is great need of some committees on national level for follow-up on the above mentioned commitments to ensure their effective implementation. So there is dire need to effectively build pressure on the federal and provincial governments for implementation of international obligations but for the successful results the civil society, media, stakeholders, religious leadership and children should be involved. (The names have been changed to protect the innocent.)

Published in The Balochistan Point on May 31, 2018