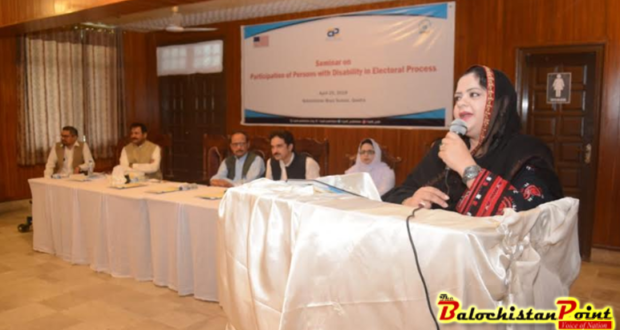 QUETTA: Centre for Peace and Development Initiatives (CPDI) organized a seminar here in Quetta on electoral and political rights of persons with disabilities. The stakeholders discussed in detail the issues surrounding disability and inclusion of PWDs.

Mohammad Asif Provincial Coordinator CPDI started the session by recitation of Holly Quran, he welcome the participants the handed over the floor to Mr. Raja Shoaib Akbar, Senior Program Manager CPDI, he shared the status of legal structure supporting inclusion of PWDs and also discussed the legal and administrative reforms required for achieving mainstreaming of PWDs. He also stressed on the need to address the disability issues with rights and obligations approach instead of routine charity model. 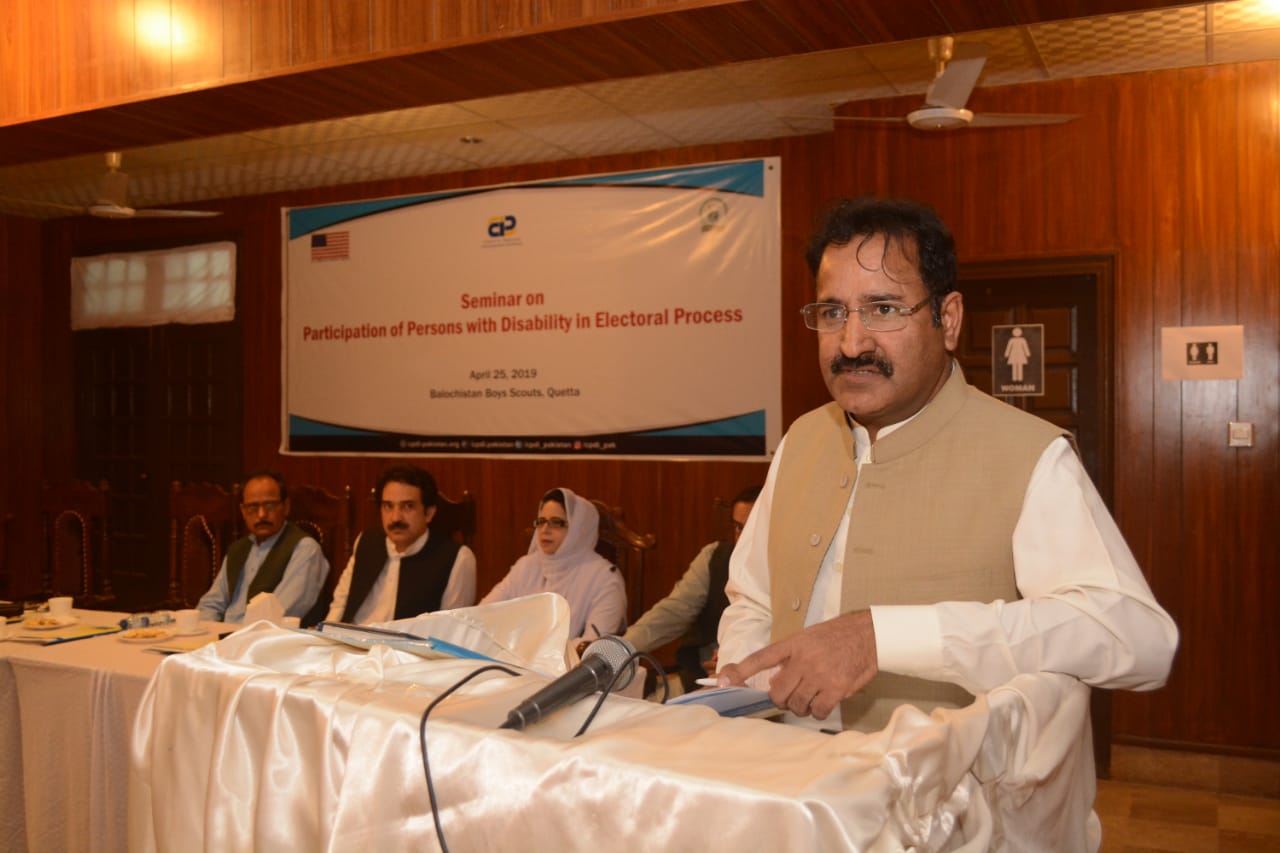 Organization for Special Talent (HOST), Founder of Quetta Online and a Disable activist Mr. Zia Khan, Advocate and PWDs legislator Mrs. Qamaurnisa, Assistant Director NADRA Mr. Abdul Manan Achakzai, Regional Election Commissioner Mr. Mohammad Fayaz and other disability organizations and stake holders stated that the disabled people were facing lot of difficulties in obtaining the disability certificate and special National Identity Card. They also stated that the political parties and the government functionaries must make sure participation of PWDS representatives in decision making so that their inclusion on the process is ensured. The NADRA representative and Election Commission official gave their views on the matter and ensured that both institutions were determined to support the PWDs more effectively to participate in electoral process of Pakistan. 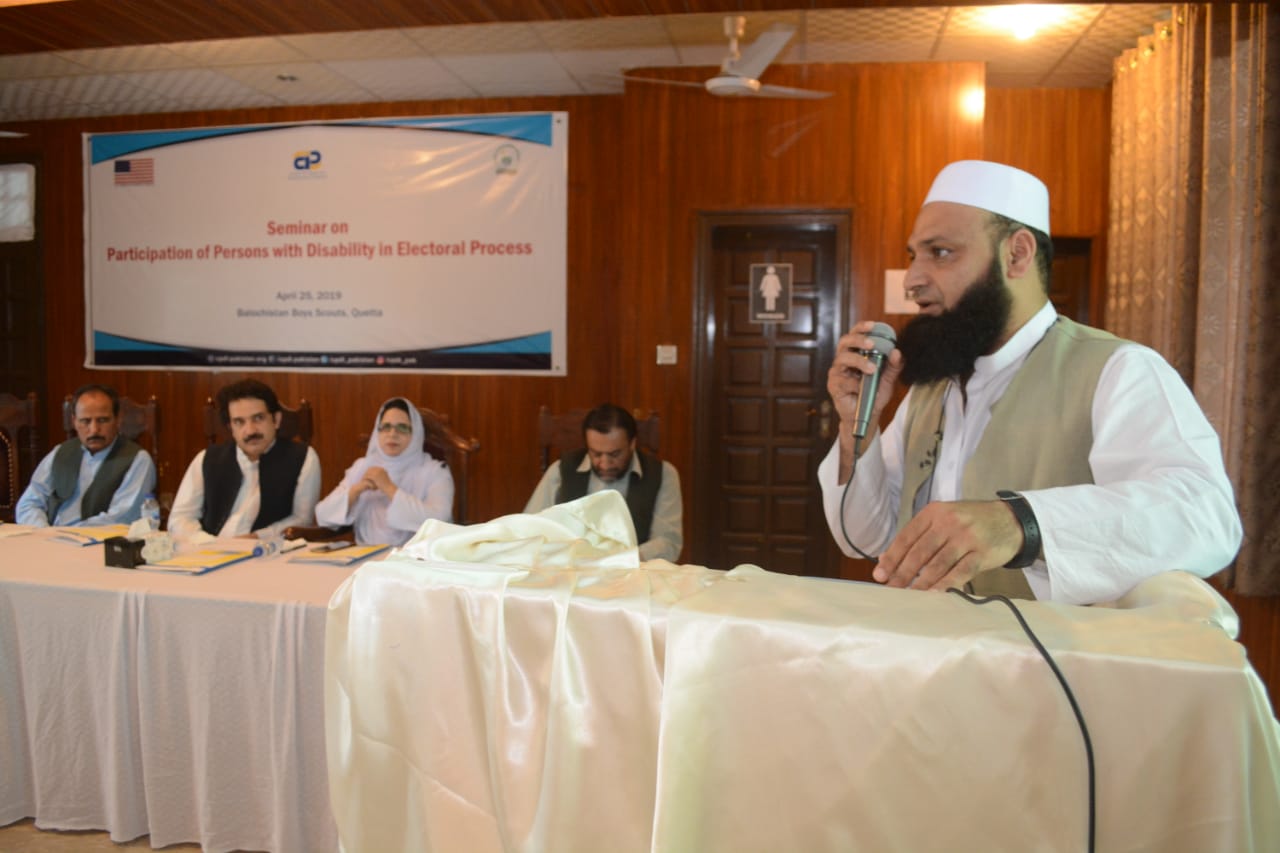 The Secretary Social Welfare Mr. Abdul Rauf Baloch explained that the social welfare department was playing its role in providing services to the PWDs. He also shared that the department was doing its utmost to simplify the procedure for obtaining disability certificate.

Mr. Subhan Ali President Blind Association and Mr. Samiullah President Hamdared e Mazoran said that there was great gap that required to be filled urgently. The government must take concrete steps for welfare of PWDs including and improve legal infrastructure to ensure participation of PWDs in electoral process. This could be initiated by making it mandatory for the political parties through law to establish and maintain disability wings and fix a reasonable percentage to PWDs in special quota seats and general seats as well. 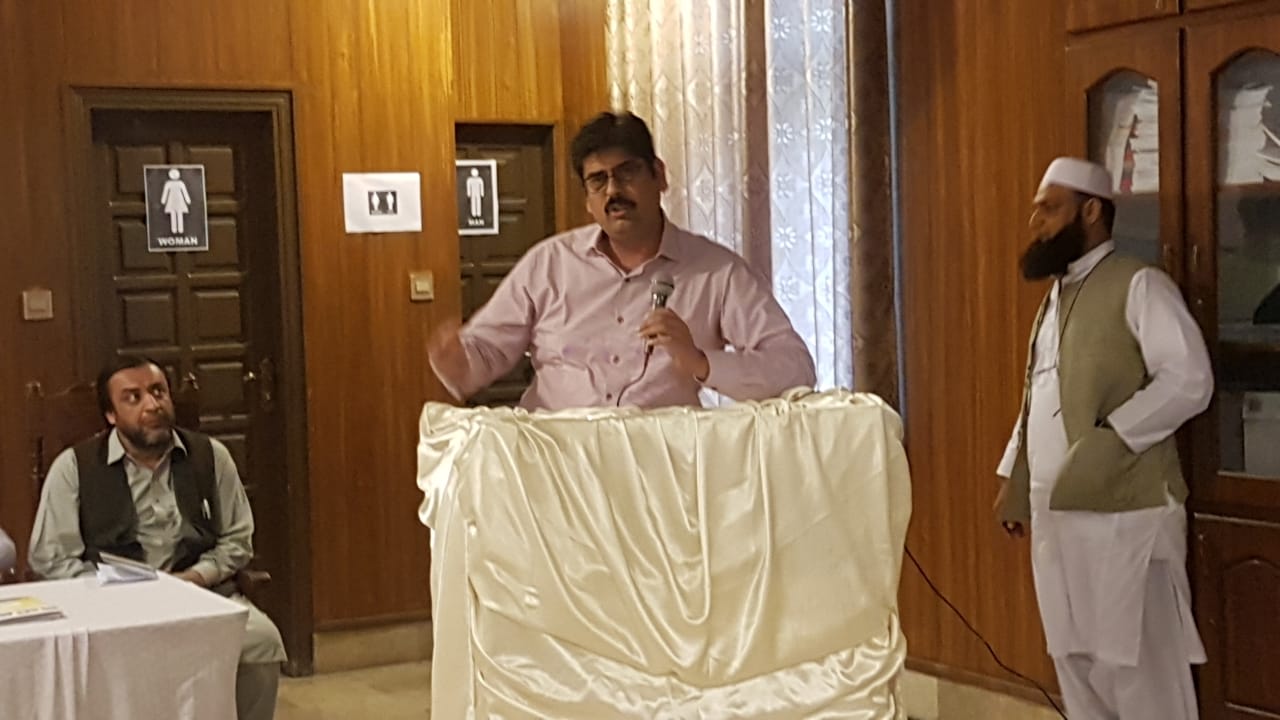 Mrs. Bushra Rind and government and CM spokesperson speaking on behalf of the government said government was doing its utmost to improve the plight of the PWDs and government was also aware of the need to strengthen efforts for mainstreaming of PWDs, she showed keen interest in reforming the PWDs rights not only in elections but in other departments as well.

The chief guest Mrs. Bushra Rind appreciated the efforts of CPDI for organizing this seminar and said that a number of mainstreaming initiatives were under way. She promised that the issued raised in the seminar will not be forgotten and he would discuss them with the chief minister for further improvements.

Published in The Balochistan Point on April 27, 2019