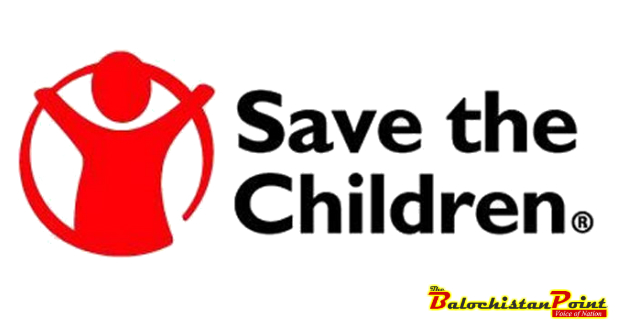 Quetta – Civil society of Balochistan has vowed to resist the closure of operations of Save the Children in Balochistan.

Decision by Save The Children to close all its operations in Balochistan has been severely criticized by Civil society in Balochistan.

Save The Children is a U.S origin International non-Governmental Organizational (INGO) which is working in Pakistan for over 30 years.

On 11th June, federal Interior Ministry sealed the offices of Save The Children and ordered suspension of all its operations. Save the children was conditionally allowed to resume its operations by Federal interior ministry on 14th June.

In A letter written to Fazal Abbas Maken, Additional Secretary Interior Ministry on 19th June, country director of Save The Children, Farhana Faruqi Stocker has announced to suspend all operations of Save The Children in Balochistan and Khyber Pakhtunkhwa from 30th June.

The Letter reads, “All future work of Save The children in Pakistan will be confined exclusively to two provinces in the country – Punjab and Sindh.” 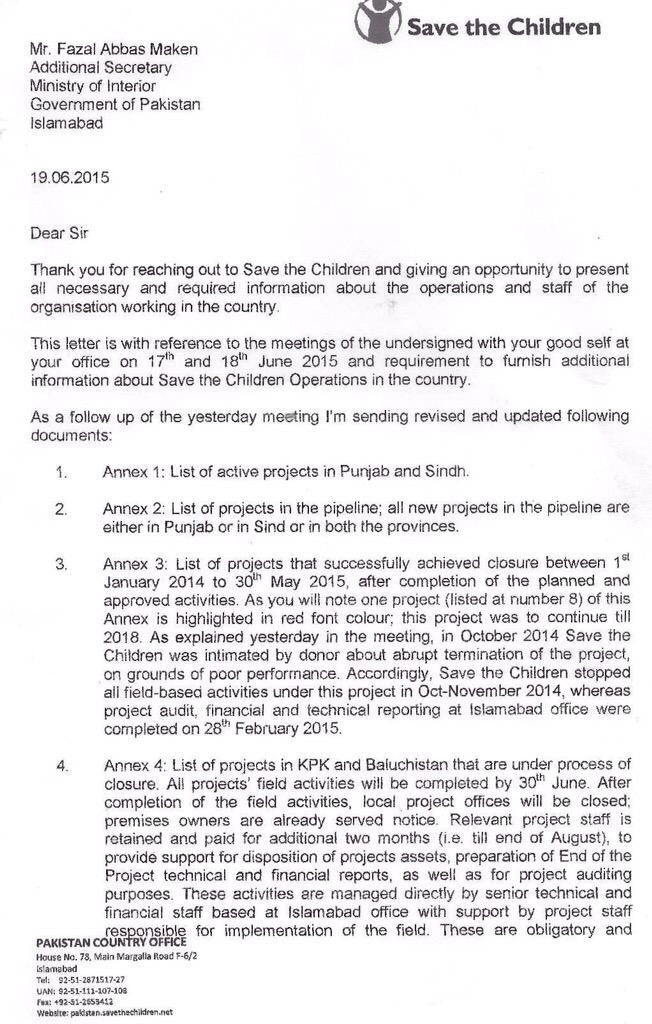 Letter written by Save The Children to Interior Ministry

Previously, Chaudhry Nisar Ali Khan, Federal Interior Minister had announced that INGOs will not be allowed to work in sensitive areas of Pakistan.

Former Senator Sanaullah Baloch replied to the announcement of Chaudhry Nisar though a tweet:

So Balochistan is “Sensitive” and Punjab is “InSensitive” ??? NGOs won’t be allowed in ‘sensitive’ areas: Nisar http://t.co/qkaxwEW953

Could ChNisar explain why DevWork by Intl orgs is a problem in #Balochistan & #Pakhtunkhwa &not in other 2 Provinces https://t.co/n1rvftK8v6

Civil society in Balochistan has announced to mobilize support of Youth across the province and approach parliamentarians and Media to sensitize them about discriminatory treatment meted out to Balochistan by INGOs and federal government.

Published in The Balochistan Point on June 24, 2015