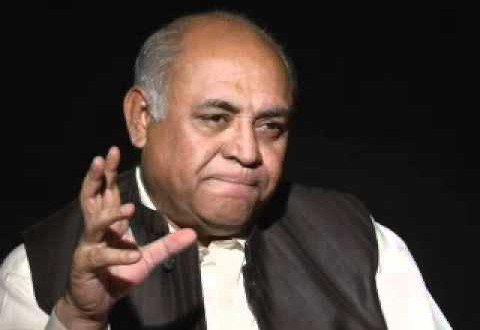 Closure of schools is to close the doors of enlightenment on Baloch: Mir Hasil Bizenjo

QUETTA: President National Party Mir Hasil Bizenjo has said that the issue of the closure of schools in Panjgur is a deliberate one to close the doors of enlightenment on Baloch and push them in the chasm of darkness.

He said this talking to media on his two days visit to Panjgur here on Monday. He said that each individual has to play his role to combat these conspiracies and added that there was a time when Panjgur was counted amongst the most peaceful areas of Balochistan but the peace of this district has also been hijacked as a part of well netted conspiracy.

He said that the issue of girls’ education in private schools was aired deliberately so that a new problem takes roots, adding that the elements who are backing such acts have nothing to do with Islam. He said that Islam never allows acquiring education in any form. “We rather take it as a chain of conspiracies with Balochistan,” he said.

He said appealed to the masses to stay united against such propagations to frustrate their malicious designs.