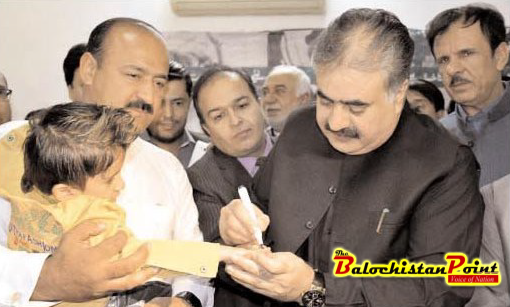 Chief Minister said that government is taking war-footing steps for elimination of fatal polio disease, adding that parents, religious scholars, political and tribal elders would have to play their crucial role for accomplishment of this drive so that the target of polio free- Balochistan could be achieved.

He said that the polio campaign started in connection with World Polio Day is of great importance and volunteers, administration, personnel of health department would have to strive hard and work with dedication. “We need to ensure access to every part of the province so that no child could remain unvaccinated,” he stressed.

Chief Minister directed polio teams should be given foolproof security and better transport facility. He said that children are our future and protecting their health and growing is our national duty.

He specially appealed parents to ensure administrating polio drops to their children aging below five year so that they could be protected from this fatal disease.

Published in The Balochistan Point on October 24, 2016