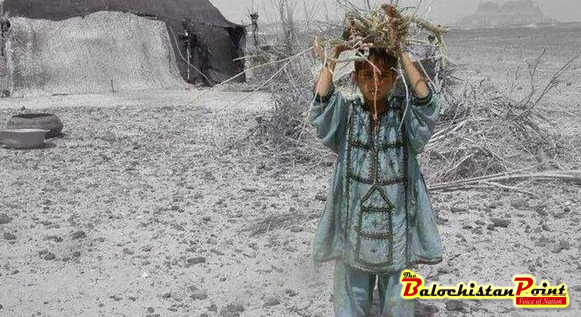 Herronk: A Deprived Village of Balochistan

Herronk, a village near Turbat city is going through different phases of deprivation day by day due to some issues which have not been significantly identified yet.

The total population of Herronk is approximately five thousand. Availability of resources for such a little population should not have been an issue. However, similar to many other localities of Balochistan, Herronk is another victim of the same blaze, having issues related to failed education system as the biggest barrier amongst all.

Education is the backbone of every great and successful nation. It is an undeniable fact. This notion proves its authenticity in Herronk, where a chunk of the population remains unaware and deprived. Out of 1000 students, 600 do not attend classes in the village where as the most popular occupation for people in Herronk in the twenty-first century still remain; cultivation, tending sheep, shopkeeping.

The startling decrease in the number of school students per month is contributing in deprivation. As the students are compel to join their fathers for farming and sitting in the shops to earn a living and feed their families.

While the other amongst them succeed to obtain a private or a governmental job that would further support them to migrate from Herronk and take a direction to a peaceful city where they can live and work. However this process is not same for all inhabitants of Herronk, many amongst them have to spend their entire lives in the same village, doing the same work.
Another big issue is of the health care. Large number of population gets affected by different epidemic diseases and several of them die each year. Some get diagnosed with some strange diseases.

The average life expectancy is not more than 60-65 in Herronk, just like any other part of Pakistan but the thing different with Herronk is, people of this age are not be able to walk or stand properly. Due to the lack of healthcare facilities, unqualified doctors and the medicine, people in Herronk have been facing issues from years. The total number of medical stores available in the entire village is only two and there is only one hospital, that too without basic necessary instruments.

Water is another basic need of humans. If water is not able to be drunk, people will be likely to suffer from different diseases. Because water depends on rainfalls, people in Herronk often don’t get safe drinking water. The water available for people to drink comes from rivers which it is unsafe.

In today’s world people are aware of science and its discoveries with continuous new inventions. However, people in Herronk are not having knowledge about internet and communicative networks. Not being able to enjoy the delights of social media due to the unavailability of internet. People are compelled to travel more than two or three hours if they need to use internet for their urgent works. They may also have to travel to Turbat, the second largest city of Balochistan and the nearest to Herronk.

The government should take significant steps to resolve these issues related to basic human rights and ensure a better life for the citizens.

Published in The Balochistan Point on October 22, 2016

2016-10-22
admin
Previous: Those who recognize the Constitution of Pakistan will be welcomed back: CM Balochistan
Next: CM Balochistan kicks off anti-polio drive