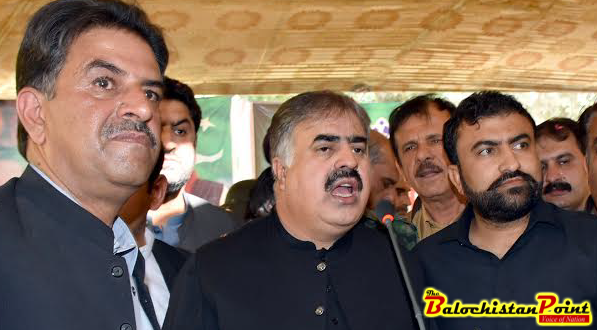 “Today’s victory is the victory of truth; the Apex Court has verified that Prime Minister Nawaz Sharif is truthful and honest,” he added.

Provincial Ministers, Members of Provincial Assembly of PML-N and other party leaders and workers attended the rally.

Chief Minister said that the family of Prime Minister had firm belief in complete abiding by the law and constitution, and they would extend full cooperation with Joint Investigation Team either.

“Prime Minister while showing complete belief on judiciary had said that whatever the judgment would be, they would recognize it,” Nawab Zehri said, adding that now the opposition should also acknowledge the verdict wholeheartedly as Supreme Court is a respectable institution and criticizing its judgments is not a good practice.

Nawab Zehri said that general elections of 2018 are approaching so let the masses decide who is right and who is wrong. “Our opponents held sit-ins and approached Supreme Court but all their tactics turned unsuccessful and their documents proved to become pack of lie,” he added.

He said that the opposition for the best interest of the country should change their negative attitude otherwise they would lose 2018 polls with a big margin. “PML-N would emerge as a victorious party in the upcoming elections and would make its government in centre and provinces,” he added.

Chief Minister said that Prime Minister is endeavoring for the development of entire country particularly for Balochistan adding that CPEC is a project of prosperity that would bring prosperity in Balochistan as well as in the country.

He said that now prosperity has become the fate of people of Balochistan and owing to historical development activities throughout the country the opponents could not digest them. “Under the leadership of Nawaz Sharif, Pakistan would become the tiger of Asia,” he said.

Nawab Zehri announced that PML-N would celebrate Thanksgiving Day on Friday throughout the province and directed the PML-N workers to celebrate it with full momentum in all districts.

Later, a rally was organized by PML-N headed by Chief Minister Balochistan was participated by PML-N workers hailing from different districts of the province.