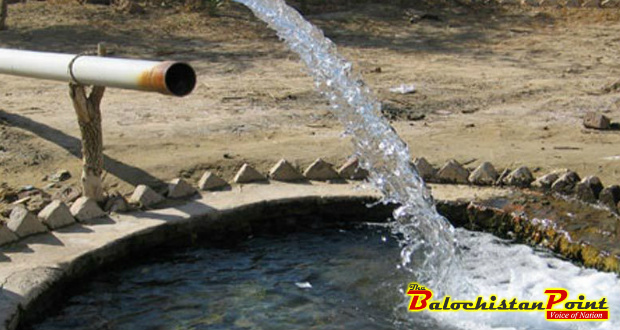 Quetta – Latest drive of Water and Sanitation Authority (WASA) to seal illegal tube wells in Quetta has been marred by confusion.

Residents of different areas of Samungli Road have complained that water supply to their homes have been suspended because WASA has sealed their legal tube wells.

“We don’t have water from last 2 days in our home due to sealing of nearby Tube well by WASA, Syed Shafiq Khan a resident of Samungli Road told Balochistan Express.

“One one hand WASA fails to supply water to households and on the other hand it seals the tube wells,” lamented Mr. Khan. He questioned, “Is WASA on a mission to keep us thirsty and without water.”

Balochistan Express has leant through its sources that owners of Tube Wells all over Quetta are planning to hold a strike against sealing of Tube Wells by WASA.

In a related development, more than 32 water tankers along with the drivers have been held at Kharootabad Police Station according to last reports.

He further added that majority of Water tankers held were issued permits to be used for agriculture purposes and not for commercially supplying water to citizens.

Referring to the Tube sealing matter, AC City said, “We only provide security to WASA and have nothing to do with sealing tube wells.”

When asked by Balochistan Express about the confusion surrounding the issue he replied that Tube Well owners have submitted applications with district administration that their tube wells have been sealed despite having NOC and notice will be served to WASA.

Abdul Wali Kakar, Managing Director (MD) of WASA told Balochistan Express that his department his sealing only those Tube wells which are working illegally without any No Objection Certificate (NOC).

Mr. Kakar denied the allegation that WASA is sealing tube wells that have legal and valid NOCs. “We are only taking action against illegal tube wells and tanker Mafia,” said MD WASA.

He informed Balochistan Express that WASA intends to regularize all water tanker businesses and bringing them under tax net.

Published in The Balochistan Point on November 29, 2015