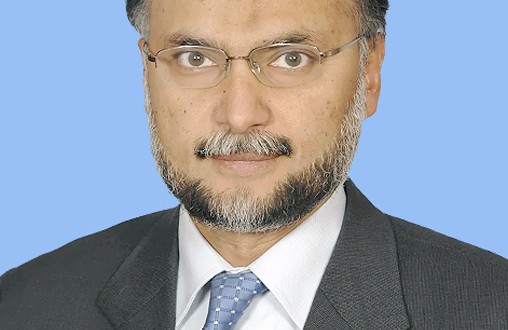 QUETTA: Country would face serious water crisis and other challenges if Vision 2025 and 11th Five-year Plan 2013-18 could not be implemented in letter and spirit.

He said that the population of Pakistan was increasing fast but no proper planning had been made to tickle electricity, gas and other crises. “The federal minister said that the country would face water crisis in upcoming years if immediate attention was not paid to resolve the issue through a comprehensive planning,” he added.

“The Vision 2025 is the country’s long-term development blueprint which aims to create a globally competitive and prosperous country providing a high quality of life for all its citizens,” he said.

He said that the priority areas of the Vision 2025 and 11th Five-Year Plan 2013-18 include sustained and inclusive higher growth in a stable macroeconomic environment, modernization of existing infrastructure, improving competitiveness in industry and trade, institutional and governance reforms and human social capital.

“Prime Minister Mian Muhammad Nawaz Sharif aims at transforming Pakistan into a developed and export-led economy with strong social values by converting Pakistan ’s diverse cultural and ethnic heritage into its strength through promoting inclusiveness, peace and security and greater inter-provincial harmony,” he said, adding that the Premier Nawaz has also directed to focus on sustainable development in Balochistan.

On the occasion, Chief Minister Balochistan, Dr Abdul Malik Baloch said that his government had pledged to develop the province and improve welfare of the people. He said that it was essential that funds should be released timely to the province so that people could be benefited. “Government is paying special focus on law and order and a good change has come in different sectors of Balochistan during last six months,” he said, adding that government believed in dialogue to address all disputes.

He said that steps were being taken to halt corruption and establish good governance in the province, adding that federal government had promised to give Rs 45 billion to Balochistan under federal PSDP.

Chief Minister said that in order to address the water shortage in the province construction of dams was inevitable therefore government was construction dams.

He said that different highway projects, including that of M-8 Gwadar, Hoshab, Awaran, Khuzdar, Ritodero were very important. Similarly, he said that federal government had promised to complete DG Khan Loralai and Dadu-Zhob transmission lines projects this year that would play important role in energy sector of the province.-

Published in The Balochistan Point on January 27, 2014