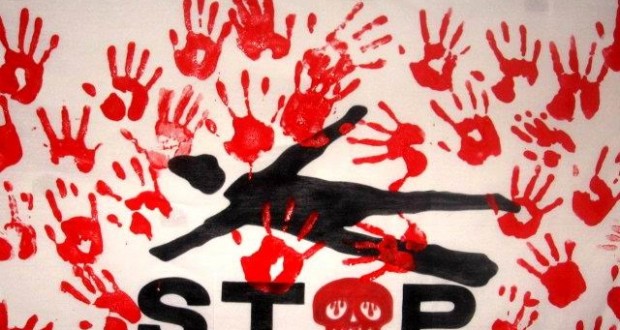 QUETTA: Activists of Baloch Human Rights Organization (BHRO) on Sunday held a protest demonstration outside Quetta Press Club to condemn the alleged military operation in Panjgour district and recovery of 15 dead bodies from a mass grave in Khuzdar which are believed to of missing persons.

Participants of demonstration were carrying placards and banners inscribed with various demands, and shouting slogans demanding for immediate halt of military operation in Panjgour and other parts of Balochistan.

Addressing on the occasion, leaders of BHRO alleged that human rights violations were underway in Balochistan incessantly despite change of government. “There are torture cells in different parts of Khuzdar district where Baloch political workers are being subjected to worse torture,” they claimed adding that over 15 dead bodies were recovered from a mass grave in Khuzdar that indicated that innocent people were killed and buried.

They alleged that Baloch activists, including Agha Abid Shah, Master Safeer and Master Sattar who were allegedly picked up government agencies found dumped in Panjgour. “Security forces ambushed a house in Washbood area of Panjgour and killed Shah Mir, Imam Ali, Ghulam Ali and Ismail Hasrat after declaring them militants,” they alleged.

They said that security forces were also conducting operation in Mastung against innocent Baloch people under pretext of search operation against extremists. Dozens of people were arrested who were being subjected to severe torture, they added.

They demanded of the United Nations and other humanitarian organizations to play their role in ending human rights violation in Balochistan exert pressure on government to stop its further inhumane acts.

Meanwhile, a complete shutter down strike was observed in different towns of Balochistan on Sunday to condemn the alleged military operation in various parts of the province, including that of Panjgour.

The strike call was given by Baloch Republican Party and other Baloch nationalists parties, upon which markets and business centers remained shut throughout the day, in Turbat, Tump, Mand, Panjgour, Nushki, Kalat and other towns.