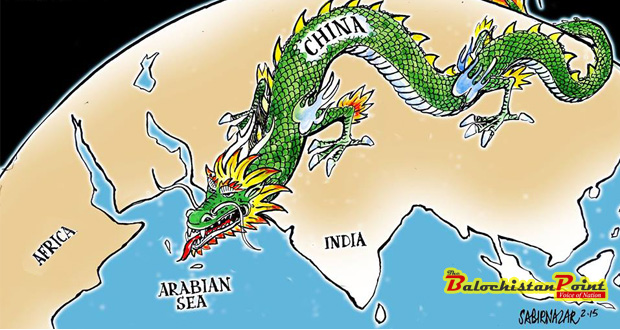 Couple of ‘Nonpolitical’ Reflections on CPEC

Surprisingly, the month of ‘December’ has been tragic for us many times in the history of the country. Firstly, it dismembered the state of Pakistan into two independent states – Pakistan and Bangladesh; referring to the unlucky December 16, 1971. Secondly, the December 16, 2014 was no less heartrending, when the Peshawar school massacre was orchestrated. The two December 16s, despite their saddening and detrimental upshots, taught us some incredible lessons: the December 16 (1971) led to creation of the democratic constitution of 1973, and the December 16 (2014) united the hitherto polarized country against the menace of terrorism and extremism.

One should be proud of the two phenomenally decisive undertakings orchestrated by the people of Pakistan in the wake of the two catastrophic events that destined sensible courses for the troubled country. Still, there comes another tragic December 30, 2015 when the people of Pakistan, especially the people of Khyber Pakhtunkhwa (KP) and Balochistan, were eluded to the unprecedentedly worst extent. That day marked the inauguration of the ‘western route’ of the China Pakistan Economic Corridor.

The December 30 event has unfortunately been kept low profile and trivial in the eyes of the victims of the event – those who are being deprived systematically from the fruits of CPEC – in a systematic manner. The architects of the inauguration drama were not exclusively outsiders; many hailed from KP and Balochistan. Consequently, almost all the major media channels in their news stories also used the indistinguishable phraseology: “PM inaugurates western route of CPEC in Zhob”. Despite all the misleading and trivializing episodes, there appeared some unusual and atypical voices from the ‘crime scene of the drama’. For instance, according to media reports, later became a famous quote on the social media channels, the Deputy District Chairman Zhob termed the inauguration ceremony an act of palpable deception. It is optimistically assumed that like the tragedies of the two December 16s (1971 and 2014) the tragic event of the December 30, 2015 will also bring together the people of KP and Balochistan to jointly constitute a meaningful campaign in favor of one of the history’s biggest questions facing the people of the two provinces.

Why it is history’s biggest question? The answer to the query is simple: the economic corridor is a corridor of prospective economic opportunities that will definitely deprive the two provinces, including FATA, of the poverty, illiteracy, unemployment, extremism, terrorism, and tribalism – the biggest of the barriers blocking all the blessings visiting upon the area. Now a million dollar question is posed aiming to further clarify the importance of the project for the people of the two provinces: has there been in the known history of the two provinces such an identically colossal multidimensional opportunity hitherto? Never.

Resultantly, sensitized to the core, the praiseworthy Chief Minister KP Pervez Khattak has already launched a stringent and fiercely assertive campaign to resist the temptations of the center that is allegedly labeled to have been playing mucky tactics with the two provinces on the question of the route. The voice of the CM KP has become so loud that it engendered the central government to let loose a couple of political pundits tasked to assuage the CM KP, who seems unwavering and atypically rigid on the issue; he appears one amongst a few who comprehends the true and precise meaning of the economic corridor. In one of his recent press statements, he criticized the Zhob inauguration episode and briefly but comprehensively explained the meaning of the economic corridor. He said, “It is not a western route but merely a road, because it has no such infrastructure that would improve the condition of neglected provinces such as KP, Balochistan and Gilgit-Baltistan.” He further stressed, “If there will be no infrastructure for the western route, how can economic zones be established there.”

The puzzling element of the whole story is that no one has yet appeared on the scene to represent Balochistan in a way KP is being represented. The deafening silence in the province, besides the shallow and metaphorical utterances, of Balochistan is immensely questionable, especially the silence on the part of the seemingly customary outspoken guards of the oppressed nationalities’ rights. In the absence of the voices on the part of the political actors, the responsibility rests now on the shoulders of the civil society to share the sensible voices now emanating from KP.

Published in The Balochistan Point on January 11, 2016