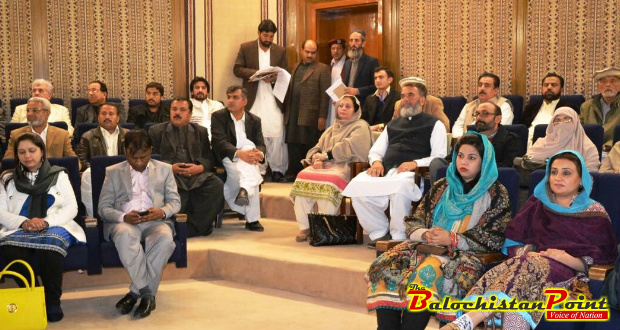 Multiparty summit is taking place in Quetta under the Auspices of Democracy Reporting International (DRI) a not-for-profit organization working on rights of citizens for political participation.

Theme of the Multi-party summit is “Democratic Stability through Responsive Elected Institutions.” Parliamentarians from all four provincial assemblies would be engaged in reforming legations relating to civil and political rights of citizens in a series of summits.

A Delegation of 9 Members of Provincial Assembly (MPA) visited provincial assembly of Balochistan when the assembly session was in progress.

Delegation of MPAs called on Chief Minister (CM) of Balochistan Nawab Sanaullah Zehri. CM Balochistan welcomed the delegation and apprised them about the latest political developments in the province. Mr. Zehri ensured his full support to delegates of the multiparty summit. 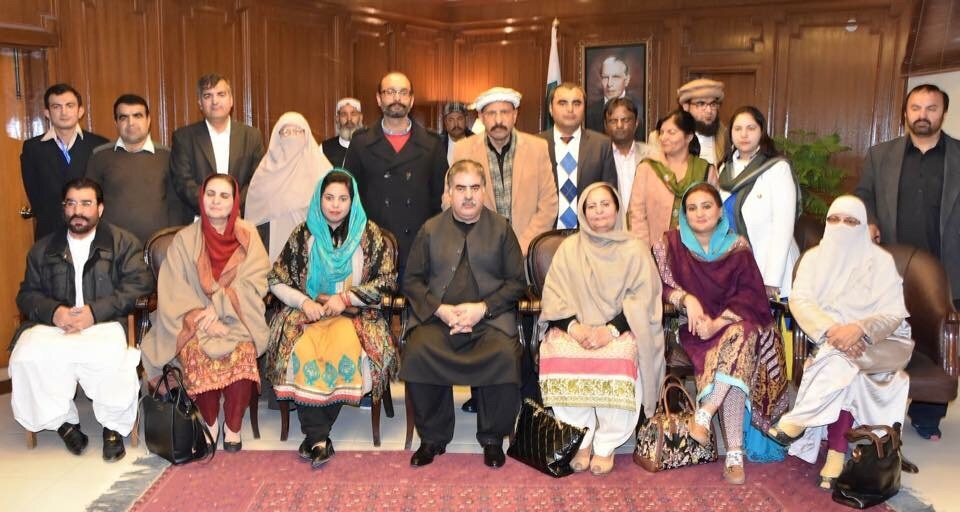 Group of delegation with CM Balochistan

Delegates also witnessed the proceedings of Balochistan Assembly as guests. Members of provincial Assembly acknowledged the presence of delegates in their speeches.

Parliamentary leader of Pashtunkhwa Milli Awami Party (PkMAP) Abdul Rahim Ziaratwal welcomed the delegates of multi-Party summit and wished them best of luck in their efforts.

Shama Ishaque Baloch of National Party (NP) said that visit of MPAs of Punjab and KP as a part of the Multi-Party Summit is a positive and encouraging step.

Sardar Abdul Rehman Khetran of JUI-F said that visit of delegates from all three provinces prove that Balochistan is a peaceful place and holds no threats for outsiders.

Balochistan Multi-Party Summit will conclude on Tuesday evening after a series of meetings and sessions.

Published in Balochistan Point on January 11, 2016

2016-01-12
Editor
Previous: Couple of ‘Nonpolitical’ Reflections on CPEC
Next: Letter: Problems Faced by People of Gwadar