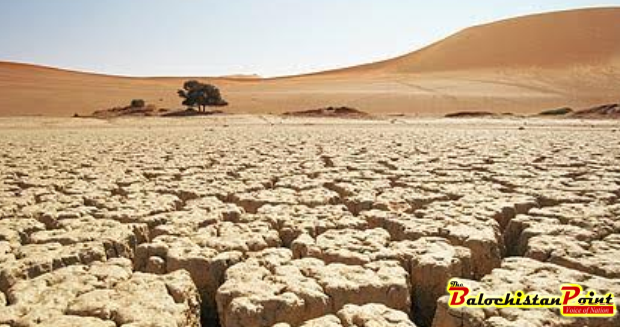 CPEC and water shortage in Gwadar

CPEC is claimed to be a game changer in the world. China has invested around $46 billion in developing a port which links Gwadar with China’s Kashgar city under CPEC Project. CPEC would provide China access to the oil rich Middle-East, Central Asian States and natural-resources rich countries of Africa. The Sino-Pak joint-Venture is claimed to accrue unprecedented benefits for both China and Pakistan.

It is ironical that against the background of such a massive CPEC project based on Gwadar; still the natives of Gwadar continue to be deprived of basic life facilities. No efforts have been made on the part of either China or Pakistan to provide basic facilities to the local residents and end their sense of deprivation. One of the grave issues currently facing people of Gwadar is Water Crisis. The drought has left almost 100,000 people with no access to clean drinking water. They are compelled to purchase portable water at costly rates (USD 115-140) each tank or wait for the govt. subsidized water imported from 80 kilometers away. It is the second time that Gwadar is faced with such ruthless water crisis in six years.

Akara Kaur Dam is the sole source of supply of water to the residents of Gwadar and the adjacent areas. It was built in 1995 and stretches over 17,000 acres. In 2012 the dam dried up due of heavy siltation thereby posing severe water crisis in Gwadar. Once again the dam has almost dried up. The locals are suffering from acute shortage of portable water. According to news report once a native of Gwadar stole drinking water from a house. The irony is that instead of stealing money, gold and other valuable stuff the people in Gwadar are stealing protable water.

Addressing a seminar on “Water Crisis In Quetta Valley and Balochistan Way Forward”, the Governor of Balochistan Mr. Achakzai warned that the water crisis in Gwadar may also affect CPEC. City’s population is increasing at a rapid pace due to CPEC project. So the water crisis will grow more and more severe if no action is taken by the government. Here the question arises that in which way CPEC benefits Balochistan. Not to mention of Balochistan even the very city of Gwadar where the CPEC project is based continues to suffer from harsh conditions. Other cities are benefiting from the CPEC.

Projects like metro have been constructed in Lahore with the investment of over one billion dollars under CPEC project. It appears more to be China-Punjab-Economic-Corridor than China-Pakistan-Economic-Corridor. Recently, Minister for planning and development, Ahsan iqbal announced that two new dams, the Diamer dam (in Gilgit-Baltistan) and the Dasu dam in Khyber Pakhtoon Khuwa) would be constructed under the CPEC project. Briefing a meeting of the special committee on CPEC the minister said the dams would be constructed at a total cost of $26 billion. If half of the money spent on such projects is spent on water supply project in Gwadar the water crisis will be resolved soon.

Apart from this, it was announced that construction of two dams had resumed under CPEC Scheme and would be completed by 2018. The irony is that still the people of Gwadar should wait for another two years to get portable water. So far the optimum solution to deal with the menace of drought in Gwadar is to harness water from the Arabian Sea through desalination plants. Although they are expensive but are inevitable in upholding any development enterprise. The current desalination plant in Gwadar was intended to provide 2 million gallons of portable water per day. But it was providing only 0.3 million gallons per day during 2015-16 drought owing to the high cost of operating the plant. The federal as well as the provincial governments need to take concrete steps to ensure the crisis is resolved soon.

The writer is student at School of Politics and International Relations in Quaid-i-Azam University, Islamabad.

2017-03-09
admin
Previous: Honor Killings in Balochistan
Next: We welcome donor agencies for the uplift of the social sector development in the province, Says Secretary Finance