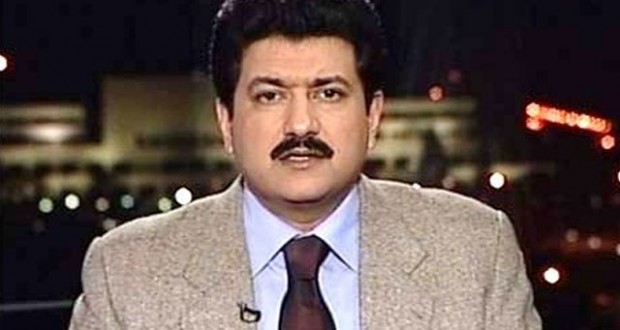 New York, April 19, 2014­–The Committee to Protect Journalists is alarmed by the continuing violence directed at journalists in Pakistan. Geo News senior anchor Hamid Mir today was shot three times soon after he and his driver left Karachi’s main airport, according to media reports. The driver was not wounded.

“The attack on Hamid Mir is an indicator that the government of Prime Minister Nawaz Sharif has not been able to reverse the country’s appalling record of violence against journalists, despite pledges to do so,” said Bob Dietz, CPJ’s Asia program coordinator. “Full prosecution of the perpetrators of such crimes is the only answer to reversing this history. Police must act swiftly and decisively in this and all cases that have been building up for years in Pakistan. And the country’s media must use their capabilities to pursue their own investigations, as well as pressure the government to take action.”

Mir is reported to be in serious condition with wounds to his abdomen and pelvis, but is expected to survive. On March 28, gunmen sprayed the car of TV anchor and analystRaza Rumi, a member of the Express Group of media organizations. He escaped serious injury, but his driver, Mustafa, was killed. Earlier in March, Sharif pledged to a visiting CPJ delegation to take several steps to improve journalist security.

Republished in the Balochistan Point on April 19, 2014

2014-04-19
admin
Previous: Sundlee ’16: The forgotten people of Balochistan
Next: Attack on Hamid Mir: A Threat to Press freedom