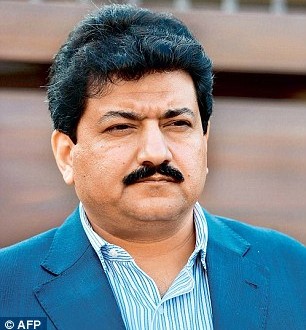 Attack on Hamid Mir: A Threat to Press freedom

Once I had an opportunity to visit “Newseum” the Museum of news in Washington DC. There were numerous things to explore, to know and to learn as a student but among all the other interesting objects there, one thing caught my attention “The World Press Freedom Wall”. I was mystified and confused with those colors which represented the freedom of press on a large and flat world map on a white wall. The three colors red, yellow and green represented not free, partly free and free media through out the world.

At that point, I could not comprehend what it really meant. However, today I witness despicable examples in front of my eyes which exclusively represent restrictions on press freedom in countless countries through out the world. The means of media have increased during the period of past thirty years but so have the threats to its freedom.

The recent attempt of assassinating Hamid Mir, a senior journalist and an anchor person of Geo news on Saturday the 19th April, signifies serious restriction on the freedom of media in this region as well.  Through his program “Capital Talk” as well as through his regular columns, the senior journalist raised various issues as an unbiased writer and anchor person. Though, it was the issue of missing persons, the Taliban, the economy crisis, the Musharif case, the drone attacks or any other issues. According to his colleagues at Geo, Hamid Mir is one of the journalists who is at the lead in brining the authentic reality forward through his columns and his program. However, this made him a discordant figure for a number of groups, which through a video message, Hamid Mir claimed as responsible for any threats to his life prior to the attack, according to the Geo news channel.

Nevertheless, this serious attempt had once again caught the interest of the world’s main stream media. It has illustrated that the freedom of press or media is still restricted and of course it is a threat for the other journalists as well. That is reason why the journalists have been demonstrating in different parts of the country constantly for two days and why innumerable journalists had to take legal asylum from other countries. It is now crystal clear, why along with some other countries this specific country is represented with red colour on “The World Press Freedom Wall” in Newseum.

Published in the Balochistan Point on April 22, 2014