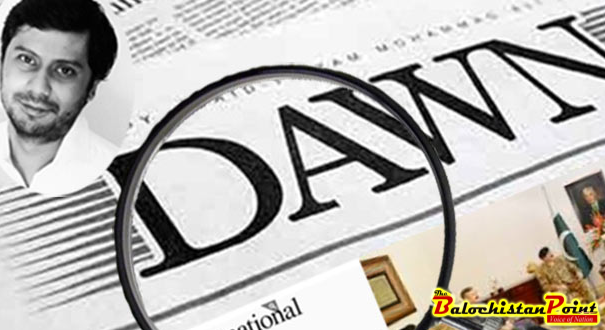 Historians will narrate that when Pakistan was facing severe external threats from its neighboring countries, on the same time the entire focus of the Pakistani media was on the inquiry report of the Dawn leaks. All those, who were waiting for a surprise, left shocked when Director General, Inter Services Public Relations (ISPR) in a press release issued on 10th of May, 2017 withdrew one of his tweets that was sent April 29.

After withdrawal of the tweet, a flood of harsh comments inundated on social media and several allegations were also leveled against the said press release. Those who were suspecting a “surprise” from military leadership, left shocked when DG ISPR regarded Prime Minister as the final authority which shows Army’s commitment towards the support of democratic process. The entire electronic media, social media including political leaders & T.V anchors made a mountain out of the molehill upon the issue and put their all efforts to criticize the press release.

All these happened in such a time when the incident of unprovoked firing on census teams at Chaman border by Afghan border police caused casualties. It increased the dilemma of government when after Afghanistan; Iran also started threatening to hit “militant safe havens” inside Pakistan. It seems to be part of the game plan of America and India to ruin the peace of the territory and to affect the cause of CPEC as well.

Keeping in view the current situation with neighboring countries, it was one of the best decision or steps to save the democracy in order to avoid any type of clash between institutions. It was certainly the victory of national dignity and democratic ethics. Credit goes to Prime minister and COAS to accord the issue in such a legal and peaceful manner for the spacious prosperity of the nation. Now it is time to set aside all the egos and internal clashes between institutions and get united against all the conspiracies to defend the country.

Published in the Balochistan Point on May 16, 2017