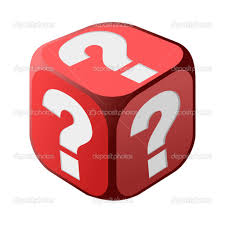 Definition of a Traitor in Pakistan

Pakistani society is a divided and confused society. They are confused about everything. After 67 years of independence, general masses still wonder that creation of Pakistan was a right decision or not. Pakistan’s relation with America is as old as its creation, but still people are not sure whether US is our foe or confidant. There is perplexity regarding negotiating with Taliban. Moreover, there is also confusion on the definition of traitor in Pakistan.

As compared to civilized world, definition of a traitor is totally opposite in Pakistan.

If someone talks about amiable relation with India, he also gets the certificate of a traitor. Bulk of the budget is spent on defense and reason given for this spending is hostile relations with India. Friendly relation with India will cut the defense budget and can be used for development projects which are so badly needed in this underdeveloped country. Apart from this, India is the second largest population of the world; even the super powers want the market access of India. Trade with the neighbor next door can boost the weak economy of Pakistan and it will bring prosperity for the people on both sides of the border, but normal relation with India will undermine the importance of a particular lobby. So, to show their significance among masses  they issue certificate of traitor to those who talk about friendly with India.

Demanding what is your constitutional right also comes in the category of a traitor. Going back to the history, Bengalis asked for their rights and they were declared as traitors and one million of them were butchered and it resulted in breakup of East Pakistan into Bangladesh. Baloch masses who since the inception of Pakistan have been demanding their just constitutional rights have been declared as enemy of the state and agent of RAW and MOSSAD.

These definitions of traitor fit well in the context of Hamid Mir. He always spoke for harmonious relation with India. He always gave fair coverage to Baloch missing person cases who are victim of hatred and brutalitay by the establishment. He raised his voice for Shia Hazara minority.

It seems that humanity is lost in the country of 200 million people. Hamid Mir who received six bullets and is in hospital fighting between life and death, his opponents have started their campaign against Mr. Mir on streets and social media. People are calling him as an Indian agent and spokesperson of Baloch Freedom Fighters.

It is common for the journalist and politicians belonging to smaller provinces to get the title of a traitor. Hamid Mir is the second Punjabi journalist who has got this title. The first Punjabi journalist who got the certificate of traitor was his father Late Waris Mir. Like his son Mr.Waris Mir also spoke for the oppressed nations and minorities. He warned that military operation in East Pakistan will break Pakistan. The authority concerned paid no heed to his judicious words and massacred innocent Bengalis and outcome of this atrocity was East Pakistan Debacle.

Those who were responsible for East Pakistan Debacle were held accountable but people like Mr. Waris Mir were  blamed for this catastrophe. Hamid Mir like his father has always warned the establishment that army operation in Balochistan would  result in another East Pakistan Debacle. But, they have learnt nothing from their past follies.

Hamid Mir is very unfortunate because he belongs to a country where people can’t differentiate between a traitor and patriot .Here those who abrogate constitution and derail the democracy are the sole patriots.

Writer is an assistant editor of Daily Intekhab, Quetta and blogs at www.jeeyand.blogspot.com

Pepublished in The Balochistan Point on May 4, 2014

2014-05-04
admin
Previous: What Everybody Ought to Know About Journalists in Balochistan
Next: Lateef’s Protest