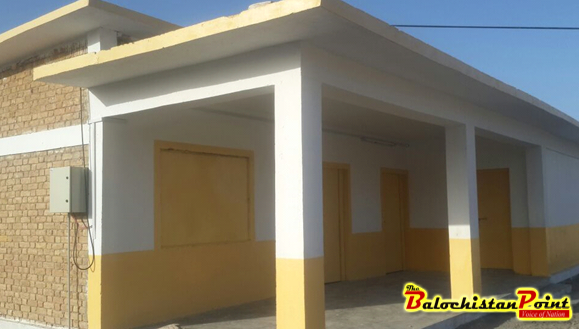 Saindak: Saindak being enriched with gold and copper resources, it is deprived of basic education. The strength of students at killi Hammalaap School, a primary school in Saindak, is 150 while just two teachers were appointed; even one of them is not permanent. Killi Khwasti another Killi with strength of 75 students has no teacher now since the only single teacher was retired four months ago. Since then, they said school remained closed.

It is worth-mentioning, that Killi Khwasti School was once termed as a ghost school. But in reality it is not a ghost school because the project spent 150,000 rupees for this school and made it functional. There is no contribution for the said schools by government. Later on, due to lacking of teacher at the said school the Hammalaap school teachers were requested to teach their children in evening time, then, the mentioned teacher agreed to teach their children at free of cost. Unluckily, teachers were facing transport problem; because the discussed village is approximately 7km to Killi Khwasti primary school. Although, local people assured them of fuel and other expenditure but sad to say they could not find a conveyance.

In this context, Zakir Baloch a social activist and leading chairman for MNM party approached EDO Chaghi at Dalbandin. He shared the details about the scarcity of teachers at Saindak primary school. However, EDO promised to reach out Saindak people, on reaching he would appoint a new teacher for that area.

Additionally, in an interview with Vash news channel EDO Amanullah Notezai told that they had no authorities and fund to fill this post; instead it is the authority of directorate of education to fill it. Apart from this, he told that no one had passed NTS test from entire Saindak town.

Despite submission of application of NTS passed candidate the entire above mentioned struggle, unfortunately, still that post is lying unfilled.

The residents of the area have requested Chief Minister of Balochistan and other concerned authorities to save the future of these innocent children and step should be taken to meet the legitimate demands of local people.

Published in The Balochistan Point on November 3, 2016

2016-11-03
admin
Previous: End Impunity for Crimes against Journalists in Pakistan
Next: Letter: Water Shortage in Gawdar