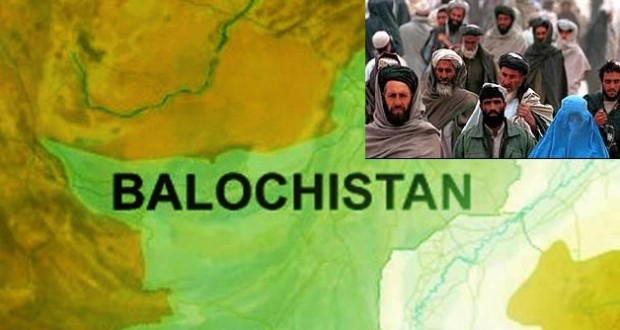 As compared to past, Baloch sarmachars ( Baloch guerillas) are now more organized and powerful. They have been successful in not allowing the Gwadar Port (bone of contention between Islamabad and Baloch leaders) to be functional. Due to the fear of these insurgents, no entrepreneurs have shown any interest in vast resources of Balochistan because they fear that government will not be able provide security to them against Baloch insurgents.

To counter the Baloch sarmachars, establishment has resorted to various counter insurgency strategies like kill and dump policy, hiring local people and establishing their own death squads, to abduct people who are ideological proponents of sarmachars. But all these imprudent strategies have not resolved the issue rather it has added oil to the fire. Owing to these insane policies, gulf between Baloch masses and state has widened.

After failing to crush the Baloch insurgency, establishment has now opted for another dangerous strategy that is bring demographic changes in Balochistan and to prove that anti state Balochs are minority in Balochistan, whereas, pro state Pashtoons are in majority. To achieve this goal, establishment is now importing Pashtoons from neighboring Afghanistan to settle in Balochistan.

As a result of this new strategy, millions of Afghan refugees have settled in Balochistan, especially in the Quetta city. Kharotabad, Pashtoonabad and western bypass are the areas where Afghan refugees are in majority. According to a survey, 50% of Quetta comprised of Afghan refugees. They don’t consider them as refugees, they have Pakistani passport, CNIC and have bought property in Quetta.

This unwise strategy will have grim and grave repercussions not only for Baloch insurgents, but for the Pakistani state as well. The immigrants will never be loyal to Pakistan; they will always remain loyal to their homeland Afghanistan. A visit of Liaqat Bazaar made me confused whether I am in Quetta or Kandahar. The Afghan refugees have put Afghanistan’s flags on the dash board of their cars and they have pasted sticker of Afghanistani flag on the windows of their cars.

A prominent leader of a Nationalist Pashtoon Party openly said that “those who call them refugees they are wrong, this is greater Afghanistan and a Pashtoon who travel from Quetta to Kandahar, he is not a refugee there, similarly a Pashtoon who travel from Kandahar to Quetta, he is not refugee here. Durand line, itself is an illegal border line and we don’t recognize it.” So, instead of countering Baloch insurgency, this import of refugees is reviving Pashtoon nationalism.

As compared to Baloch nationalism, Pashtoon nationalism will be far more dangerous for the state. In the Afghan refugees of Quetta, bulk of the population comprised of Afghan Taliban and in lexicon of Pakistani establishment they are called Good Taliban or Pro Pakistan Taliban and they have no nexus with Bad Taliban or Anti Pakistan Taliban.  But in real, there is no concept of Good or Bad Taliban. They are same, they share the same ideology, they have a same agenda to establish their hegemony in the region and to impose a shariah of their own brand and more importantly they belong to the same ethnic group.

According to the political pundits, after the departure of US, Taliban will easily conquer Kabul and Bad Taliban or TTP will find safe havens in Afghanistan and they will launch their attack in Pakistan from Afghanistan.  There will be a change in the attitude of Good Taliban after US drawdown and they will also become Bad Taliban.  They will join hands with TTP and they will start a Al-Qaeda version of Jihad in Pakistan.

Unlike Baloch nationalism, Pashtoon nationalism can use the tool of Islam to capture whole Pakistan which means apart from Pashtoon Taliban, Punjabi Taliban, Lashkar e Jhangvi and other Islamic militant all over the world can come to join hands with them  and Pakistan’s chances of defeating these combine forces of Islamic extremists will be nil. The result will be as that of a Tsunami.

The writer is contributor to the Balochistan Point and he blogs at jeeyand.blogspot.com

Published in the Balochistan Point on march 30, 2014