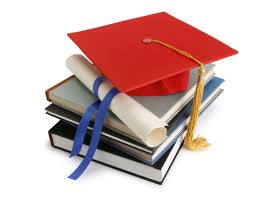 Education is the most crucial ingredient of human life. It enables man to live a civilized life. In fact, education seems to have built a link among earlier and present human generations. It transforms the experiences – successes and failures— of the predecessors to the present lot of people. In other words, we learn, through education, the essentialities of life without sufferings of the process of learning and experiment.

Education has made it possible to evolve civilization through different stages to the current developed form. In short, it has played an invaluable role in improving human life on earth: it has proved to be a remedy to many social ills. After the Second World War, Europe was totally ravaged. Nazi bombardment, British and Russian retaliations had ruined the continent. It seemed to educationists that it will take centuries to rebuild the continent. However, the impacts of war soon withered and the continent not only gained its former glory but also achieved an unmatched advancement. Many think the salvation was the “Martial plan” (a monetary aid from U.S). However, it was UNICEF and the strong commitment to education that made it possible for the whole Europe to reclaim its earlier say in the world.

In a similar fashion, Pakistan is suffering from the impacts of a prolonged war. It, like Europe of 1940s, is receiving aid to fight its backwardness. However, Pakistan has regrettably failed to muster up these resources and achieve its ideals. There are several factors responsible for this failure, which one may enlist, but the key culprit seems to be the inattention to education. Infact, be it military or democratic government, education has never been prioritized. There have been talks of building new schools, recruiting new teachers, increasing salaries and imposing educational emergencies but these have remained on paper and never got materialized. Despite announcing educational emergencies the budget for education averages as low as 2.3 % of the GDP. Even within this budget, most of the allocations were of non-development nature.

Besides funds, the quality of education is also questionable. According to Annual Status of Education Report (ASER), published on 2nd of January 2014, 57% of class five children cannot read level 2 story texts. Further, 57% of level five students cannot do two-digit division. Moreover, 21% percent of age 6-16 children are still out of school. The level of learning, in short, is pathetically dwindling. This data does not include children admitted to seminary schools which are mostly unregistered and uncontrolled by state. This deplorable status of education heralds that Pakistan will not be able to achieve aims of millennium development goals till 2015. On contrary, other regional countries including India, Srilanka and Bangladesh are on their way to achieving these goals.

In a nutshell, Pakistan lags behind in education which has proved to be salvation for other countries of the world. Mere announcements of solemnity and educational emergencies cannot help. What is, indeed, needed is an immediate increase, at least by half, in allocations for education. This heightening of funds will help the country achieve its goals of Universal primary education (UPE), accessible Education for All (EFA) and the Millennium Development Goals (MDGs) concerning education. Moreover, the article 25-A of constitution makes it a duty of state of Pakistan to provide free and quality education to every citizen of age 6-16. The fulfillment of this educational responsibility will not only promise a constitutional right but also will pave the way to solution of the country’s other ills. An educated labour force will economically benefit the country and an educated citizenry will fight torch bearers of terrorism and ignorance. In short, education can provide a panacea and a salvation to our war torn homeland of Pakistan.

Published in The Balochistan Point on March 30, 2014

2014-03-30
admin
Previous: The Pathetic State of Journalism in Balochistan
Next: Demographic change in Balochistan and coming Tsunami