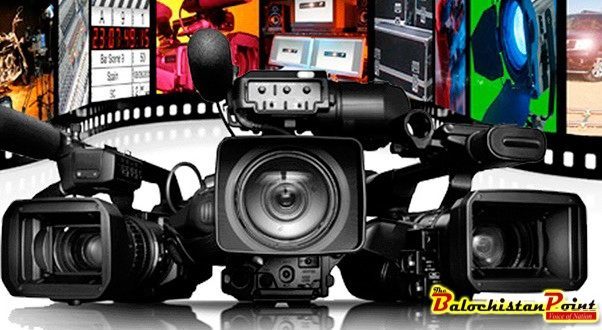 Balochistan,like other provinces of Pakistan has an historical heritage full of messages and teachings. It is a place full of talents but there are only a few who get lucky to showcase their talent.

A film, if released, represents the culture, traditions, norms and customs of a relevant nation. It can be called the identity of a nation. In Balochistan, we often watch films of the Indian film industry; Bollywood or Pakistan’s film industry Lollywood but it is a far cry that we still remain backward in film-making.One can find only a few films who were successful, casted by Balochs in the Gulf countries or Iran.

The first Balochi film was “Hammal O Mahganj” produced by Anwar Iqbal which was completed in 1976. However,it didn’t make to the cinemas. Considering it against the Balochi culture, many protested its release. In 1989,an Iranian film named “Dadshah”was released in Balochi dubbing which was based on the Mir Dad Shah of Iranian Balochistan.

It is mentioned that Balochistan had 8 main cinemas,namely in Kalat, Quetta, Makran, Zhob and Sibi. But the rise in Pakistan’s Film Industry, resulted the closure of most of the cinema’s across Balochistan in 2010. Now they are turned into shopping malls. Similarly, Turbat also had a cinema in the 1990s but it was also closed and it has turned into shops. Fortunately, a 3D Weplex Pak Force Cinema, opened in 2016 in Quetta is the country’s largest curved screen currently featuring.

Surprisingly, a film, produced by Ahsan Shah named “Jaawar”(ongoing Situation )in 2016 was rewarded with the first prize at Bahrain’s International Youth Creativity Awards. The film was based on the Lyari gang war. “Sangat”by Sami Sarang is the first Balochi featuring film released after many years in 2017.

Indubitably, one can witness a number of talented filmmakers in Balochi film Industry. They include; Doctor Hanif Shareef, Jaan Albalushi, Anwar Ghulam, Rashid Hassan, Tariq Murad, Zakir Sheran and Fazal Hayat along with Waqar Baloch who is mostly seen in comedy films. There are hundreds of filmmakers who are working and burning the midnight oil for the promotion of the Balochi film-making. Other recent Balochi films include Ganjen Gwadar, Begowaah, Drandeh, Hankain, Bemuraad, Rahdarbar, Karwaan, Maath, Pendok 1 and 2 and Showanag.
Muqtaar Baloch and Hafeez Baloch are emerging into great actors, they have also increased the number of their fans.

The Balochi film Industry is backward because most of the female roles are being played by the male part of the Baloch society and those films which have been successful not because of being released in Pakistan but abroad mostly happening to take place in the Gulf countries like,Bahrain, Qatar,Dubai and Muscat.To take just of the examples,Sangat was made or filmed in Oman with a budget of Rs 3 million.The presence of cinemas has too confronted a lackage.
And there is a lack of funds from the government as well to promote film-making.

The Baloch film Industry should work in line with the filmmakers of other provinces so that we get interesting ,useful and meaningful pictures in the very future.

Published in The Balochistan Point on May 9, 2018

2018-05-09
Editor
Previous: Online Shopping developing as addictive habit in millennials
Next: Maternal and Child healthcare: A privilege or right?