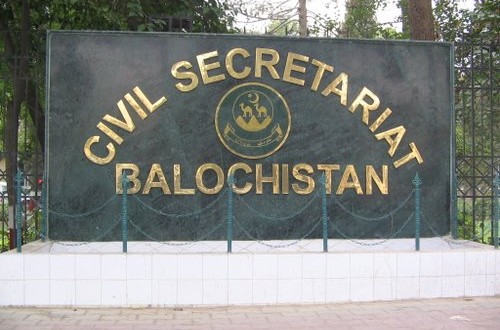 QUETTA: According to a report published din a local newspaper, there is disagreement over the appointment of new Additional Chief Secretary (ACS) for Planning and Development (P&D).

Former ACS, Ali Zahir Hazara retired recently and since then government has not been able to appoint a new ACS. As a result all the development work in the provinces stays suspended till the new ACS is appointed.

According to sources, Chief Secretary of Balochistan Saifullah Chatta is blocking the efforts of Provincial Minister for P&D, Dr. Hamid Achakzai who wants to appoint his man as ACS. Mr. Chatta wants the new ACS to have the confidence of all parties not just Pashtunkhaw Milli Awami Party (PKMAP).

It’s believed among the informed circles that. Dr. Malik will make the final decision about the appointment of the new ACS.

Development funds are not being released due to absence of ACS. Last year the development funds were lapsed due to incompetence of provincial government and same thing will happen this year if ACS is not appointed soon.

P&D is the most lucrative provincial department in Balochistan and that’s why ACS of this department is extremely important in controlling or spreading corruption.

Published in The Balochistan Point on December 20, 2014

2014-12-20
Editor
Previous: Anti – Education Policies Of Balochistan Government
Next: Balochistan Is The Key To The Stability Of The Pak-Afghan Region: German Ambassador