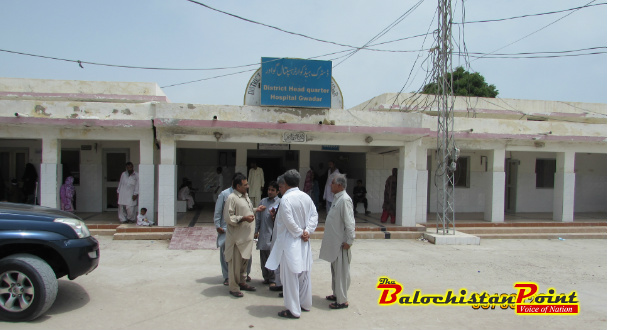 Two days old infant with his closed eyes in the dark room, taking the last breaths of his life and having an oxygen mask on his little radish face was waiting for someone to help him live in the part of the world where people mostly rely upon miracles.

But miracles don’t usually happen and this was the case with the two-day old innocent who stopped breathing in the District Headquarter (DHQ) Hospital of the so-called port city last month. The infant was born with some kind of deficiency that made it hard for him to breath. Hence oxygen supply was considered compulsory for him but without electricity supply in the hospital, the oxygen supplier couldn’t work.

Now one can ask, how could a DHQ hospital not have electricity generators? Well, the hospital does have this facility but having the need of fuel, according to the citizens, the District Hospital Officer is not ready most of the time to give the permission of using them. Doctors are considered bestowers of life, however sometimes this phrase is contradicting with the cases seen in Gwadar and most parts of Balochistan.

Due to the lack of facilities and doctors even the emergency cases and patients with severe pain are suggested to be taken to Karachi. One can imagine how risky it is to travel more than 670 kilometers in almost 8-10 hours and between those hours several patients have died having the highest number of expecting mothers, infants and elderly.

Lack of medicines is another issue of the hospital. Most of the time, the financially challenged citizens are prescribed several medicines that are not provided by the hospital. The compelled patients are directed to get them from the nearby chemists that have some sort of dealing with the prescribers.

In DHQ hospital Gwadar has only a few out of 28 employed doctors come regularly, those too mostly arrives at 11:00 am and leave shortly before 1:00 pm. Whereas according to the hospital administration duty timings are 8:00 am to 2:00 pm. Several doctors have been receiving salaries from years but have never been seen in the hospital.

According to the local councilors in Gwadar, following are the ghost doctors that have been receiving salaries without performing duties:

These doctors are culprits of the citizens whose taxes they are getting as salaries but due to political sources they don’t have to work a single day.

There have recently been a number of press conferences in Gwadar that continuously highlighted the same issue and demanded the government authorities to discontinue their salaries and recruit new doctors instead but yet there have not been any action taken against the above mentioned doctors.

According to the Medical Superintendent of DHQ Gwadar, out of 75 sanctioned posts (BPS-1 to BPS-17 and above) only 24 have been filled and 51 posts remain vacant. The vacant posts are not only of doctors but also of technicians, radiographers, dispensers, pharmacists, computer operators, clerks, nurses, midwives, sweepers, drivers and security guards.

The citizens demand the government to recruits new employees for the vacant posts. Most of the times, recruitments are held in the provincial capital of Quetta which is again another hindrance for the local candidates. For merely a job of BPS-1 they have to travel almost 24 hours and pay the expenses. Therefore they demand the authorities to carry out the complete recruitment process locally.

Health care facilities are indeed one of the basic human rights of any region. The deprived citizens demand the government to take necessary action against the ghost doctors of DHQ Gwadar and take notice of the abysmal state of the hospital that is in severe need of surgeons and various specialists as well as equipments and medicines.

Governance Gwadar 2015-07-27
Editor
Previous: Judicial Commission’s Verdict: PTI Should Apologize To Nation
Next: A Journalist is Incomplete without Accuracy and Impartiality: Shahzada Zulfiqar