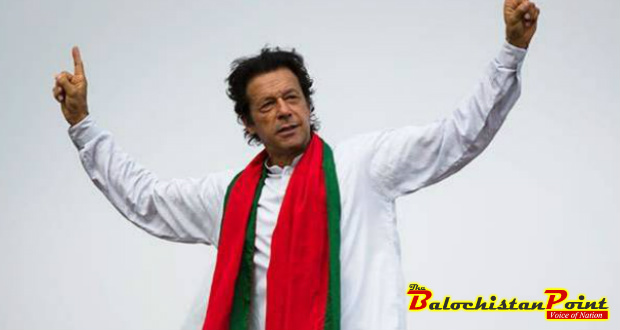 Finally, the Judicial Commission constituted to probe rigging in 2013 elections has presented its report. The commission has concluded that the 2013 general election were “organized and conducted fairly and in accordance with the law.” The revelation by the Judicial Commission, headed by Chief Justice of Pakistan, is nothing short of a major political defeat and embarrassment for Pakistan Tehreek-e-Insaf (PTI) who should apologize to the nation for the drama that they created in the name of election rigging.

PTI carried out the so-called Azadi March in August 2014 as a reaction to the alleged election rigging in May 2013. PTI announced to gather at least 1 million people in Islamabad to register its protest against current government. Unfortunately, both PTI and Tahir-ul-Qadri’s Pakistan Awami Tehrik (PAT) could not gather more than 35,000 people at a time. As a result, the organized conspiracy to topple Nawaz regime, in the garb of election rigging protest, failed miserably.

Despite the failure of Operation “Get-Nawaz,” PTI lingered its sit-in for 126 days and persisted with the demand to form a judicial commission to probe election rigging. PTI made tall claims that it has plethora of evidence to prove election riggings. When the Judicial Commission was finally formed the party failed to present any meaningful evidence that could prove its claim of organized rigging to defeat PTI.

Out of nowhere, PTI and some anchors sympathetic to their cause came up with the 35 punctures theory. According to this theory, Najam Sethi, the caretaker Chief Minister of Punjab during 2013 elections, had manipulated election results of 35 constituencies in favor of PML-N. It was one of the major talking points of PTI before the formation of the Judicial Commission. When the commission was formed PTI didn’t even question Najam Sethi about the alleged punctures. Imran Khan, in a recent interview, even termed 35 punctures as a political statement. This goes on to show that PTI lied to the people all the time when they talked about 35 punctures.

When this Judicial Commission was formed, experts believed that it would give verdict in favor of PML-N. There is no denying of the fact that 2013 elections were rigged but there is no evidence to prove that an organized effort was made to help PML-N win the elections. The problem with PTI is that they fooled the nation for over a year with the claims that they have proof of rigging. PTI diverted the attention from several issues of public importance due to their insistence on the rigging issue.

All general elections in Pakistan have been rigged with the rare exception of 1970 elections. Allegations of rigging have been leveled by different parties over time but the results have been accepted. The first few months after the elections is the time in which opposition can protest to nullify the elections. In 1977, Pakistan National Alliance successfully campaigned against rigging in 1977 elections by Zulfiqar Ali Bhutto. This time around PTI wasted too much time; they waited for over a year to start protest against election riggings. By that time, elections had been accepted by majority of people. So the effort of PTI to nullify 2013 elections was flawed from the outset.

Balochistan was the biggest victim of systematic rigging in 2013 elections. Irrefutable documentary evidence is available, and presented to the Judicial Commission, which proves that elections were not even held in some constituencies from where certain politicians were declared victorious. The Judicial Commission ignored those evidences because of its Terms of References which were based on proving systematic rigging on national level and not in a province. PTI was also not interested in election rigging in Balochistan and their area of interest was limited to Punjab for obvious reasons. That’s why those responsible for rigging in Balochistan once again managed to stay clean.

After wasting nearly two years on issue of election rigging, it’s time to move on for the political landscape of Pakistan. The focus should be on suggesting and implementing electoral reforms for the coming elections. PTI and all political parties should make serious efforts to ensure that electoral reforms are put in practice at every cost. The only way to prevent rigging to a reasonable extent is to adopt electoral voting machines like our neighboring country of India.

As for PTI, it should be aware of the fact that they have been badly exposed by the findings of the Judicial Commission. Now it would be really hard for them to fool the nation in the future. The only way out for them is to apologize for wasting everyone’s time with their election rigging gimmick. PTI should bring its own house in order and start preparing for 2018 elections.

Republished in The Balochistan Point on July 27, 2015