Zahoor Buledi belongs to Buleda tehsil of District Kech. He has served as member of Provincial Assembly of Balochistan from Buleda during 2008-13. Shoaib Durrazai of Balochistan Point conducted a short interview with Zahoor Buledi. 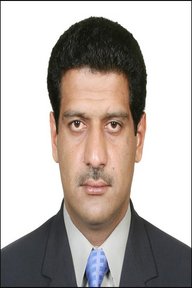 Shoaib Durrazai: What’s the nature of your differences with Dr. Malik Baloch and National Party?

Zahoor Buledi: I have regards for Dr. Malik Baloch as I have always had good relations with him. When Dr. Malik Baloch took power as Chief Minister (CM) of Balochistan, people had a lot of expectations from him. Dr. Malik was the first CM from the Makran region and He was the first Middle Class CM as well. He was not a tribal chieftain like his predecessors and this resulted in people attaching great hopes from him. Shockingly people didn’t get the desired results and Dr. Malik Baloch has proven himself to be an uncivilized politician.

Why Dr. Malik and his government have failed to deliver?

Balochistan has multifaceted problems as it has fallen into conflict zone where lots of international agendas are being carried out. Incumbent government has created problems of scarcity of resources, rampant corruption, mismanagement and nepotism.

National Party (NP) is third largest party in Balochistan Assembly and Dr. Malik was elected CM due to special arrangements made by Prime Minister Nawaz Sharif. National Party was waiting for government for last fifteen years and that’s why they superseded all the democratic norms and ethics and now they have become sandwich between two powerful coalition partners PML-N and Pakhthunkhwa Milli Awami Party (PKMAP).

The biggest challenge which Dr Malik is going to face is the upcoming census. The decision to hold census next year was made in Council of Common Interests (CCI) meeting where Dr. Malik abstained and his crony and powerful minister Sardar Aslam Bizenjo attended the meeting without any dissent note. So Census would be suicide for Baloch, as Makran is insurgency ridden no-go area for government machinery and no census can be conducted there. PKMAP is accomplishing its long standing nefarious agenda by registering Afghan immigrants through NADRA. All these circumstances squeezed Dr. Malik’s position and He is seemingly running a failed government.

Being honest, I was also a part of coalition government where we had to operate under a lot of restrictions. We made 7th NFC award possible in which Balochistan’s share in federal divisible pool was increased from 6% to 9%. We established two universities in the province and recruited 5,000 people as a part of Aghaz-e-Haqooq-e-Balochistan package.

In my constituency, I carried out lots of development project in social sector. I established an inter-college for Hoshap which is now functional. Apart from that I also established; Rural health centre at Hoshap, 4 Basic health units, electrified more than 50 villages in the hinterland like Dander, Balgather and Kocha Buleda, provided them the sources and water supply for clean drinking water. I made 6 delay actions dams but ironically 3 of them are still incomplete due to interception of insurgents by blowing up the machinery of Construction Company. My home town is land locked and doesn’t have any all-weather road therefore I initiated a road at an estimated cost of Rs. 1 Billion. Later insurgents brutally killed 7 laborers on the site and work was stopped. Now the incumbent government has once again started the work on that road by deploying Frontier Corps.

Balochistan receives 100s of billions every year after NFC award. Why it has not changed living standards of people?

It is a good question and has a lot of dimensions, corruption and personal interest hampered increase in budgets to trickle down at the grass root level. NFC award couldn’t raise the life standard of general masses. We got the extra money but the non-development budget increased at the same time. Major chunk of non-development budget is being spent on maintaining law and order situation. Secondly the Planning and Development portfolio has always been run by those people who are considered racist and only benefit their ethnicity rather than believing in justified distribution of resources.

Balochistan is the most backward province in Pakistan and doesn’t have proper infrastructure. Social indicators are low, the terrain is too huge, population is scattered, and most of the people are living below the poverty line in rural areas. Government needs billions of dollars to bring them at par with other provinces.

I just want to give an example that once we collected the data for shelter less schools in Balochistan, we needed to have Rs. 54 billion to build schools and our total Public Sector Development Program (PSDP) was Rs. 45 billion. You can imagine that it was a small component of one social sector but we can’t relieve ourselves from the responsibility due to corruption, mismanagement, lack of priorities and so on.

Being a former MPA, how do you see the current situation of Balochistan?

As a politico, I think the situation is still worse in most of the areas. we are not only facing the insurgency but also we have sectarian issues and growing extremism  as our society once projected as liberal society is now deliberately being radicalized day by day. The insurgents are disgruntled and are divided into groups and therefore it is too much difficult for the government to bring them on the table for negotiations.

On the other side the government doesn’t have any plan or vision to solve the issues. Balochistan is virtually being managed as a federal subject. I m sorry to say this government can’t negotiate with federal government for due share in China-Pakistan Economic Corridor (CPEC) where China is investing 46 billion dollars. Every province is getting its share in social sector under CPEC but Balochistan has got nothing. Although Gwadar is flagship project of CPEC, only express ways and Gwadar airport are being built which are considered as components of Gwadar port.

Will there be a change of Chief Minister in Balochistan as a part of Murree Accord?

Murree accord is an itching truth for NP but they are morally bounded to give top slot of Province to PML-N for second half of the tenure. Murree Accord signing was witnessed by Nawaz Sharif, Shehbaz Sharif and Chaudhry Nisar. I don’t think Dr. Malik could be able continue as CM after disclosure of accord, it is morally binding for him to support the candidate of PML-N after completing 2 and half years in office.

Published in The Balochistan Point on July 13, 2015