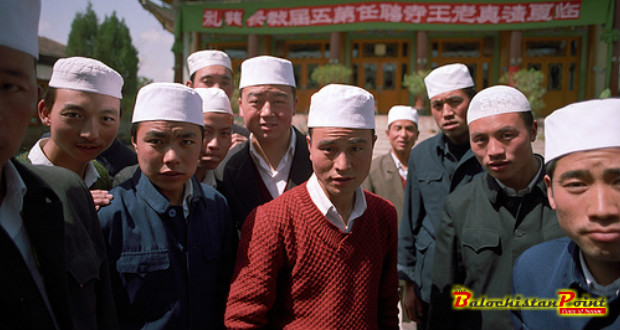 Qingzhou – Not known to the watchful eyes of Global media, Muslim population in Qingzhou city of China is living in Peace and Harmony with Han community.

The common perception dominating mainstream media out of China is that Muslims are a suppressed community in China. During his visit to Qingzhou, reporter of The Balochsitan Point found this perception to be utterly wrong.

Qingzhou is part of Weifang prefecture in Shandong Province of China near Korean peninsula where a 20,000 strong Muslim population lives.

Muslims in Qingzhou live in South-Eastern rural areas and belong to the Hui community which is one of the recognized ethnic groups in China. Approximately, over 10 million Hui live in China and most of them are Chinese-speaking Muslims.

“Muslims first arrived in Qingzhou during the reign of Tang dynasty from 618 CE to 907 CE,” a resident of Qingzhou told The Balochsitan Point. “However they only started to establish stable communities in 13th and 14th century during the rule of Yuan dynasty,” He added.

Muslims have been inhabitants of Qingzhou for over 700 years and they are living peacefully and harmoniously with other communities such as Han, Man and Mongol, learnt The Balochsitan Point. 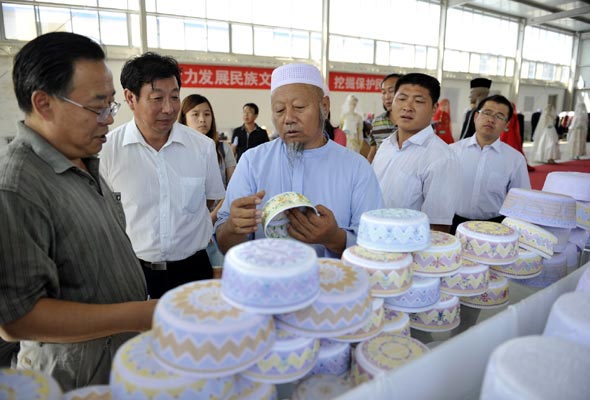 Products made by the Hui community

Inter-Marriages between Muslims and Han community are common in Qingzhou. “There are several families in Qingzhou where mother is Han and father is a Muslim and vice versa,” a resident of the city revealed to The Balochsitan Point.

Due to exemplary integration of Muslim community with Han and other communities the honor of “Model collective of ethic solidarity and progress of China” has been awarded to Qingzhou for 6 consecutive times.

Muslims in Qingzhou enjoy a lot of liberties despite being an ethnic and religious minority. Muslims are allowed to produce and sell Halal food for their community. In fact, some Halal foods are very popular with other communities. Longsheng Cake, which has a history of over 200 years, has become a famous delight of Qingzhou.

The Balochsitan Point also found out that Muslim community of Qingzhou is free to acquire Islamic education from dedicated Islamic centers in Qingzhou city.

Story of Muslim community in Qingzhou is an example of how mistaken is the popular narrative about China in mainstream media, a local analyst told The Balochsitan Point.

Published in The Balochistan Point on July 15, 2015