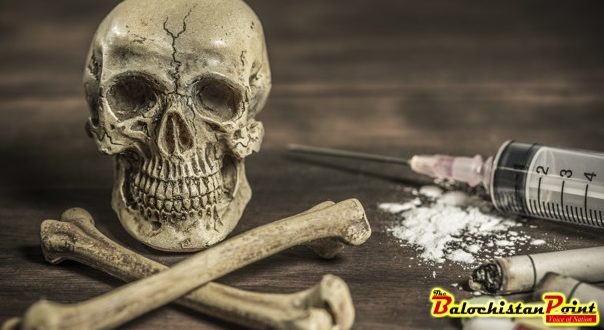 Nawaz, 41 years old, resident of Kolahoo ( Kolahoo is a small diminutive thorp in tehsil Tump) has been involved in drugs for almost last eight years along with his brothers and some other relatives. By now he is impelled to sell woods house to house to cope drugs to solace his plague and pang that he feels when he has not had drugs for a day! Dopeheads’ healths have been jeopardized by having drugs on daily basis!

Not only Nawaz’s family is involved in this inimicable activity, but also some other natives of Kolahoo are mired in legion perilous activities, like robbery, having drugs, selling drugs, and doing some illicit exertions.

Forthwith, my recent visit in Kolahoo made me flabbergasted to see the youths mired in drugs.withal, four members of the same house are junkies is really incredulous. However, the druggies are depreciated as the society doesn’t accept them, but yet other youths are seen being involved in this loathsome act! More often than not, the children mock drug addicts for their sordid clothes that they wear along with their other activities.

Uzman, the father of two young and innocent children, too, is involved in this lethal activity. His children do wish that their father was well and provided them their meat-and-potatoes daily needs, but it only remains a distant dream for the children to come true because in Balchistan neither the government prevents the sale of drugs nor assist the addicts to be treated in a prestigious hospital!

The Balochistan Point caught up with Uzman and inquired what compelled him to be the victim of drugs in this age!” I was in abroad for almost more than twelve years where I earned an handsome sum of money for our livelihoods, but when I came here in my native place, I could find my close friends having drugs on daily basis. Unlocked for, I could find myself being involved in this lethal act. Now it is too hard to get rid of drugs,” he shared his plights.

Although, the precious life of manifolds are annihilated owing to drugs, but no one cares! In the province the sale of drugs is often very a dime a dozen these days which is the reason for extinguishing the dreams of hundreds of thousands of people.

Even so, the youths are the key builders of a befitting society, for they do take part for the development of a nation when they themselves are not a burden on the land, as the drugs addicts are a burden on the family as well as the society as a whole.

Sagheer Gul, 21, the student of Turbat University narrated, ” The biggest challenge the province is confronting is the sale of drugs that has been used to depart the beloved children from their sheen parents along with the siblings. Howbeit, multitudinous youths have succumbed because of having dangerous drugs, but the government has never bothered herself to refrain the sale of drugs along with other illegal activities in the province.”

Further,Gul added, ” the stoppage of the sale of drugs is feasible when the provincial and federal government along with the civil society and NGOs work hands and hands to redress the inimical activities in Balchistan , then the province would soon alleviate the grievance of the lose of it’s children.”

Probing one to question, when would Balchistan get what it deserves? And will the province continuously lose its youngsters owing to dangerous drugs? Who really is the onus for the sale of illegal drugs coupled with pulverizing the dreams of the youths of Balchistan ; would the eradication of this evil be a cry for Baloch?

Published in The Balochistan Point on June 18, 2019