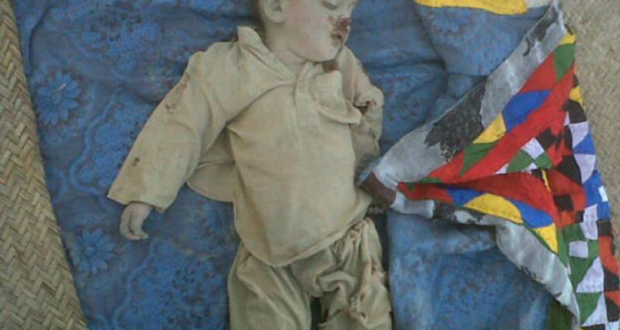 ”Earthquake killed over 1,000 people and injured many more”

Quetta: The death toll from the destructing earthquake in Balochistan is feared to cross more than 1,000 people. However, Mir Qudus Bizenjo, the deputy speaker of the Balochistan Assembly said that he had  confirmed  that earthquake killed over 1,000 people, injured many more and Over 40,000 houses have been flattened,” told reporters at the Quetta airport on Wednesday.

This week’s magnitude 7.7 earthquake struck Tuesday afternoon and was felt across the Pakistan, even causing a small island to rise from the Arabian Sea. But its force was greatest in particularly poverty-stricken parts of Balochistan Province.

This devastation on  24 September, 2013, shocked Awaran district of Balochistan, where it badly affected the whole district. Hundreds of houses collapsed to ground and thousands were partially damaged. However, official estimates put the death toll at 328, officials in the affected districts said that it may increase to 1000.

Mir Qudus Bizenjo, the deputy speaker of the Balochistan Assembly said while talking to the reporters said confirmed  that earthquake killed over 1,000 people, injured many more and Over 40,000 houses have been flattened,”

The head of the National Disaster Management Authority, Maj. Gen. Muhammad Saeed Aleem, said his priority was to provide shelter to the homeless and added that supplies of medicine, blankets and water were on the way. But, he added, the areas being far-flung was impeding relief efforts. “We are seriously lacking medical facilities, and there is no space to treat injured people in the local hospitals,” Jan Muhammad Buledi, a provincial spokesman said.

Published in The Balochistan Point on September 26, 2013