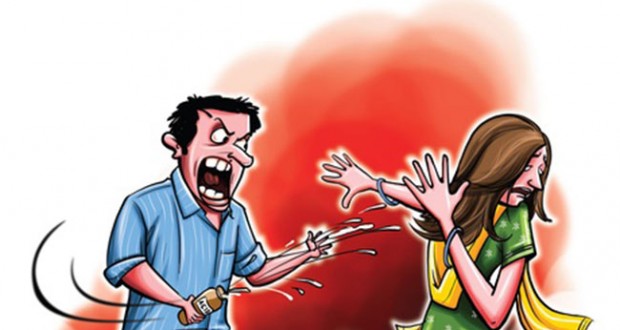 The restive province of Balochistan is always in the news for the wrong reasons. This time it’s the acid attacks on women by masked savages. Last Monday, miscreants sprayed acid on the faces of four women outside a shopping center in outskirts of Quetta. Less than 24 hours had passed and two more girls were attacked with Acid in Mastung district of Balochistan. Both the incidents of barbarity took place outside shopping centers. These brutal acts are condemnable in strongest possible words and the perpetrators can’t be called humans.

No organization has claimed responsibility so far for the acid attacks but it’s obvious that who is behind them. The same forces of darkness that forced the closure of girl’s schools in Panjgur are behind acid throwing attacks. The sinister minds behind these attacks want to terrify Baloch women so that they don’t dare coming out of their homes for education, protests and for anything that threatens the status quo in Balochistan. Since the inception of Pakistan, Religious extremism has been used to oppress the people of smaller provinces and this acid throwing episode is mere extension of that policy.

It must be noted that attacking women is a concept alien to Baloch society. Even in the most violent tribal feuds women are untouched. It means that those behind the acid attacks on women in Balochistan are indoctrinated by an ideology that has found its way from another region. In 2010, two women were attacked with acid in Dalbandin town of Balochistan. No headway was made in that case and the culprits are at large. If any meaningful action had been taken against them than at least there could have been some hope that the perpetrators of recent acid attacks would also be apprehended.

Balochistan government is synonymous with failure these days. Dr. Malik Baloch, the chief Minister of Balochistan, is the epitome of a failed political leader. Notwithstanding his several claims that schools will be opened in Panjgur, nothing changed on the ground. Dr. Malik has issued a customary statement of condemnation against acid attacks and that’s it. One should not hope anything more than that from him and his incompetent cabinet. The women in Balochistan are thus at the mercy of savages who will stoop low to any depths to pursue their sinister agenda. There is no light at the end of the tunnel and Balochistan as a society is gradually being plunged into an abyss by the same people who are supposed to protect it.

Published in The Balochistan Point on July 23rd, 2014.