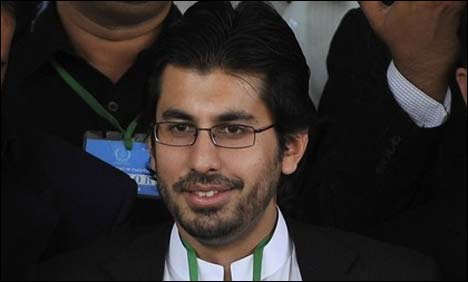 Finally, the news came; Arsalan Iftikhar resigned from the position of Vice chairman Balochistan investment board. This decision came in the backdrop of mounting pressure on Balochistan government for appointing a controversial person for a sensitive job. The party of chief minister Dr. Malik, National Party, also criticized the appointment of Arsalan Iftikhar. The resignation was not unexpected and it has brought an end to the Arsalan Iftikhar Fiasco. At the same time it has exposed the weakness and failure of Dr. Malik Baloch as chief minister.

The decision of appointing Arsalan Iftikhar as  vice chairman of balochistan investment board was flawed from the outset. No one other than Dr. Malik was actively defending that decision. Balochistan Chapter of Pakistan Muslim League – Nawaz also expressed ignorance about this appointment. It’s clear that it was not the decision of Dr. Malik himself and someone imposed this on him. Unlike a shrewd politician, He took a wrong step and owned this decision which has now turned out to be a liability for him. The question arises that who is the mystery men who bestowed the favor on Arsalan Iftikhar? The secrect man would never be exposed but he is not sincere with either people of Balochistan or with Dr Malik.

The news of Appointment of Arsalan created uproar at national level political landscape of Pakistan. The role of social media and electronic media in bringing Dr. Malik led government to its knees is very encouraging. Now no one can get away after committing a mistake unlike Good old days of PTV era. Op-Eds were written on the topic and TV programs were conducted on this subjected. Almost all opposition parties criticized this decision and Pakistan Tehreek Insaf (PTI) was on the forefront, launching a barrage of criticism against Balochistan government. It was one of the rare occasions when Balochistan was center of focus. These political parties are silent when people are killed in Balochistan, when earthquake victims are denied aid in budget, when there is 18 to 20 hours lead shedding. They shed crocodile tears when the Mineral wealth of Balochistan is at stake. The criticism of PTI, PPP and other political parties on decision of Appointment of Arsalan Iftikhar was nothing but plain hypocrisy.

Arsalan Iftikhar Fiasco has made Dr. Malik vulnerable. The performance of his government in last one year has been mediocre at best. Lengthy articles have been written highlighting the failures of his government. The flawed judgment of Dr. Malik in this case along with his stubbornness of defending this decision has deprived him from any moral authority to remain chief minister. The Arsalan Iftikhar saga warrants resignation of Chief Minster Dr. Abdul Malik. He should resign but this is Pakistan and that would never happen. Here, even a councilor would never resign after committing a mistake. So, let’s wait for more incorrect decision, like this one and people of Balochistan should always be ready to use their collective voice against such decisions.

2014-07-03
admin
Previous: Two bullet riddled bodies recovered from Panjgoor
Next: 5th July, a Black Day in the history of Pakistan