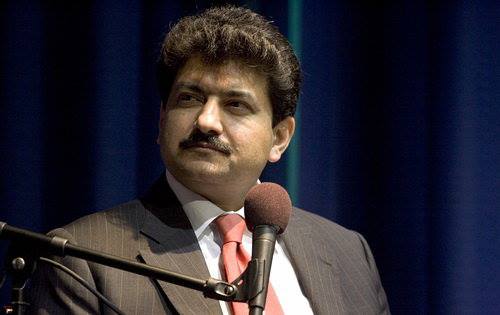 Hamid Mir, a prominent Journalist was shot and seriously injured in an attack by unidentified gunmen in Karachi on Saturday. In a statement read out by his brother on Thursday, senior journalist Hamid Mir said that he faced threats from both state and non-state actors. After the Saturday’s attack Hamid’s brother Amir Mir also blamed one of the security state agencies for the attack. Hamid Mir said he had informed Geo management, family and close friends of threats he was facing prior to the April 19 attack. Hamid Mir said he had identified elements who had threatened him and they were identified by his brother Amir Mir following the attack.

Hamid hosts the prime time show Capital Talk on Geo News and writes columns for newspapers of the Jang group. Hamid has been taking up the issue of extra-judicial killings and enforced disappearances in the restive province of Balochistan. According to Hamid Mir that a security agency was upset with him because of a ‘Capital Talk’ program which covered the long march of Mama Qadir Baloch, in which he criticized the role of intelligence agencies in politics.

Mir said his fight was the same as that of his father Professor Waris Mir. This was a fight for Pakistan’s survival, safety and to strengthen the country. His fight was for democracy, elimination of terrorism, supremacy of law, protection of freedom of expression, rights of small province and to be the voice of the poor. He added that this voice could not be silenced. Hamid Mir said that he was working alongside the media, civil society, and political parties in this fight. The senior Geo News anchor said that he would continue to wage this fight till his last breath. He added that no institution or individual in Pakistan was above the law or constitution.

Attack on Hamid Mir is not astonishing because currently Pakistan is being marked as most horrible country where journalists are being target killed or extra-judicial murdered. Prior to attack on Mir a large number of Journalists have been killed in Pakistan and most of them belong to Balochistan who all were murdered by state and non state actors. Murder and extra-judicial killing of Journalists is, no doubt, due to expressing and reporting truth in Balochistan.

Here we consider that attack on Hamid is series of attacks on Baloch Journalists who were reporting human rights abuse and burning issues of Balochistan. The deadly attack on Hamid Mir is a heavy price for speaking truth. We hope he would continue his struggle for freedom of press and becoming voice for oppressed and deprived communities/ nations in Pakistan.

Published in the Balochistan Point on April 25, 2014