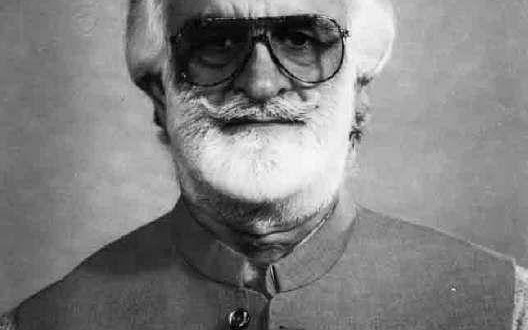 Today is the 8th death anniversary of Nawab Akbar Bugti. The events related to his assassination are still shrouded in mystery. However, everyone knows that he was assassinated on the orders of Musharraf who congratulated his troops after his assassination. Later on, the dictator backtracked form his statements and alleged that Nawab Akbar Bugti had committed suicide. There is no doubt that Assassination of Akbar Bugti was the triggering point for the 5th round of conflict in Balochistan. The man responsible for the tragic assassination of former chieftain of Bugti tribe is Pervez Musharraf. As long as he is not punished for his crimes there is no way the situation in Balochistan can be pacified.

Nawab Akbar Bugti was not an ordinary person. He was born in Kohlu district in 1927 and received education from Aitcheson College Lahore and Oxford University. He assumed the responsibility of chieftain of Bugti Tribe in 1947 and the same year he entered the political landscape of Pakistan. During his 59 year political career, Akbar Bugti achieved what others can dream of achieving. He was elected Member of National Assembly in 1958 and in the same year he was appointed Minister of state for Defense. In the year 1973 he became the governor of Balochistan. The office of Chief Minister was occupied by Nawab Akbar Bugti in 1989. In 2003, He took a firm stand against anti-Balochistan polices of Pervez Musharraf. The standoff between him and Musharraf reached boiling point when an Army captain raped a female doctor in Sui. What followed is a long story and ultimately, Nawab Akbar Bugti was assassinated in a military operation in Taratani area of Kohlu district on 26th August 2006.

When incumbent chief minister of Balochistan, Dr. Malik Baloch assumed office; he presented their pre-requisites for solving the crisis in Balochistan. One of the pre-requisites was to bring the assassins of Akbar Bugti to justice. Over 15 months in office for Dr. Malik and no progress has taken place in this regard. Even today, all Baloch areas of Balochistan are observing a complete shutter down strike against tragic assassination of Akbar Bugti.

When dictator Musharraf resigned as President of Pakistan in 2008, a case was registered against him shortly afterwards. In that case Musharraf, along with few others, was accused of assassinating Akbar Bugti. Till to date, that case is lingering and no headway has been made in it. The lawyers of Pervez Musharraf make one excuse after another to delay the hearings and avoid appearance of Musharraf before the anti-terrorist court in Quetta. Justice delayed is justice denied and this is further infuriating the people of Balochistan.

It’s virtually impossible to punish an ex-army chief. However, that Army chief has committed the grave crime of murdering a senior and respectable politician of a minor province. This crime can’t go unpunished if the federation of Pakistan has to be kept intact. The killers of Sheikh Mujib-ur-Rehman, founder of Bangladesh, were hanged 35 years after his assassination. In case of Akbar Bugti’s assassination only 8 years have passed and it’s still not late to allow law take its course in punishing Musharraf and his cronies.

There is consensus in almost every section of society in Pakistan that Pervez Musharraf committed a blunder by ordering the killing of Akbar Bugti. The legend of Akbar Bugti still lives on and people remember him in good words. He was a human and he also committed a lot of mistakes. However, the bravery displayed by him at the age of 79 and standing against the dictator of time can only be compared with similar stand taken by Nawab Noroz Khan Zarakzai against Ayub Regime during 1958-1960. Nawab Akbar Bugti preferred a quick death in mountains over a slow death on bed. People like Nawab Akbar Bugti are born once in a history of countries like Pakistan and therefore his killers should be brought to justice.

Published in The Balochistan Point on August 26, 2014.