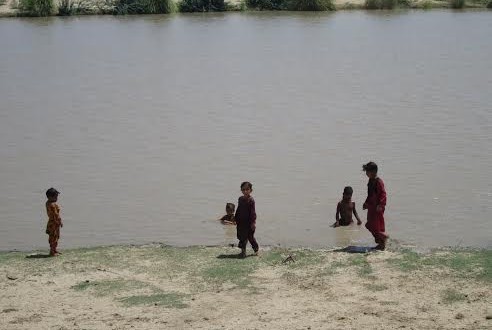 QUETTA: Hunger, poverty, frustration and oppression speak volumes in Balochistan especially when a person travels to its interior parts where innocent, gloomy and sad faces of dwellers ask a number of questions about their dismal and pathetic state of affair. 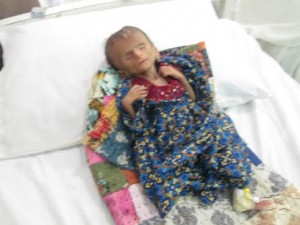 which are called “green” districts of Balochistan were badly hit by floods in 2010 and 2012. The incessant floods besides making both districts chronically food deficient also ruined a number of villages, washed away standing crops and perished a large number of livestock.

He says the unprecedented floods ruined agriculture, perished livestock and badly affected the fertile lands. “The heavy floods in 2010 and 2012 and water shortage in Pat Feeder canal are the key factors behind food insecurity particularly in Naseerabad. “The mismanagement after floods has further meshed up the situation in both neighbouring districts. Except some rehabilitation works carried out by NGOs you would hardly witness any development activities on the ground,” said Mazar Khan.

Fazal-e-Haq, a peasant by profession and resident of Goth Atta Muhammad of 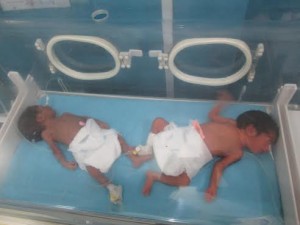 Dera Murad Jamali, who has eight children, says during past four years, he could not receive any yield because of floods due to which he had to take loan that further complicated his life. “Our life is full of challenges; ensuring food to children in such condition is very hard. We have no hope that our fate will change one day,” he lamented, adding that our children do not go to schools because of poverty and starvation.

The devastating floods, besides inflicting property and financial losses to the people, also left serious impacts on children and women which is evident from the fact that a ward of Government Civil Hospital run by Medicines Sans Frontieres (MSF) treating a number of chronically malnourished babies.

Dr. Abdul Ghaffor Hashmi who was busy in treating babies in an 11 bed ward 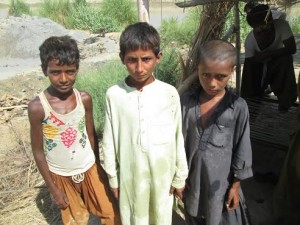 run by MSF says there are a number of malnourished babies admitted in different wards of this hospital. He says the main reason behind mal-nutrition among infant is poverty, lack of awareness and education amongst their parents. “We receive malnourished children from various areas of Naseerabad and Jaffarabad districts. Because of poverty, mothers in remote areas also do not get enough food. There is an urgent need that steps should be taken to address the poverty, food insecurity besides creating awareness among parents is also necessary,” he added.

When this scribe asked a 10- year- old Sanaullah, who was playing with other children along the Pat Feeder canal about his nutrition he replied, “I get one Roti (bread) in a day along with an onion.”

It is to be noted here that World Health Organization (WHO) has already declared an emergency in Balochistan keeping in view the indicators of Global Acute Malnutrition as ten out of total 20 highly food insecure districts of the country are in Balochistan. 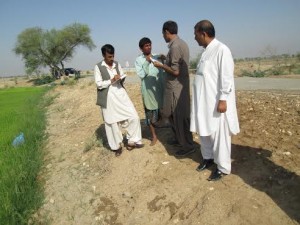 Hussain Bangar recalls the devastations of 2010 and 2012 floods, saying the people in the area are still facing difficulties. “Over 93 people, including women and children were killed in devastating floods in 2012, standing crops and lying over 1.2 million acres were destroyed, making the area more food insecure,” he added.

He says long term planning is inevitable to secure Naseerabad and Jaffarabad from long heavy floods in future and apart from this, concentrated measures are also needed for proper rehabilitation of the affectees. “The floods inflicted huge losses to the people destroying crops killing livestock therefore it is essential that long term planning should be made so that the people could again stand on their feet,” he stressed.

Publish in The Balochistan Point on August 27, 2014