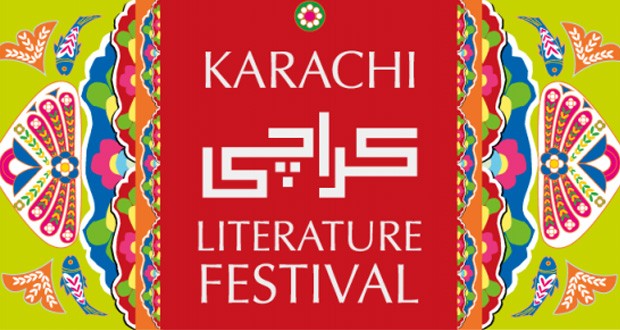 Karachi Literature Festival (KLF) was successfully concluded on 8th February. Three-day long festival provided the citizens of Karachi with a unique opportunity to get in touch with literature and fulfill their literary desires. Literature festivals in the pattern of KLF are also held in Lahore and Islamabad every year. In Quetta there is abundance of literature loving people and therefore it’s time to have an annual Quetta Literature Festival.

KLF was launched in year 2010 and since then it’s held annually on regular basis. Oxford University Press conducts KLF, with the support of different sponsors. For this year’s KLF, the main sponsors included; Consulates of Germany, France and USA in Karachi, British council, Coca-cola and Tapal and few others. Sindh government also facilitates the event every year in terms of providing the permission for the event and security to all premises where the event is held. 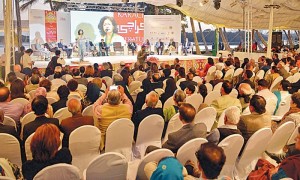 Not only people of Karachi can get to attend literary sessions and buy discounted books, they can also get a chance to meet famous authors from not only Pakistan but from all over the world. Young writers also get a chance to showcase their talent in KLF and similar festivals held in Lahore and Islamabad. Main attractions in KLF for the authors are the prizes distributed every year for different category of books. These prizes include Coca-cola Prize, Peace Prize and Embassy of France Prize. These prizes are given to the authors of different categories of books along with a hefty cash amount which is provided by the sponsoring organization of the prize. These prizes act as enticement for potential writers to write better and produce literary master pieces.

Balochistan has always been a fertile ground for literature. This land has given birth to literary giants who have earned fame at national level. Every now and then a book is launched in Quetta. There are different literary organizations that hold book launching ceremonies and book fairs on regular basis. 2014 was declared as Year of, famous poet, Gul Khan Nasir. Numerous events were held related to the literary career of Gul Khan Naseer and books written on him were also launched. All this proves that there is a craving for Literature Festival in Quetta and it would not be less successful than Karachi or Lahore festival.

Now, the obvious question that arises is why such events are not held in Quetta? Normal reply to this question is the deteriorating law and order situation of Balochistan in General. If truth be told, this is completely untrue. There is no security problem whatsoever that will possibly thwart a literature festival in Quetta. Any such festival will be held in Serena Hotel and there is no danger to anyone, foreigner or national, who travels from Quetta Airport to Serena Hotel. In fact events are regularly held in Serena hotel which are attended by foreign dignitaries such as ambassadors. So, security is not a valid reason to stop the organizers of KLF to conduct a literate festival in Quetta.

Second argument against holding a literature festival can be the lack of financial resources required for the festival. That is again not a valid concern, just like KLF several sponsors can be found for Quetta Literature festival who will finance the event. Balochistan government will be more than happy to provide the kind of support that governments of Sindh and Punjab provide to literature festivals in Karachi and Lahore respectively.

Balochistan government has showed its support for literary activities in the recent past. It should communicate with officials of KLF and persuade them to hold a literature festival in Quetta as well. KLF officials should also give up the attitude of ignoring balochistan. Times have changed now and no organization or event can be successful in long term, if it doesn’t provide equal opportunities to all the provinces of Pakistan.

Literature 2015-02-09
Editor
Previous: UN Reaffirms Its Commitment To Development Of Balochistan
Next: Letter: Installation Of CCTV Cameras In Examination Halls