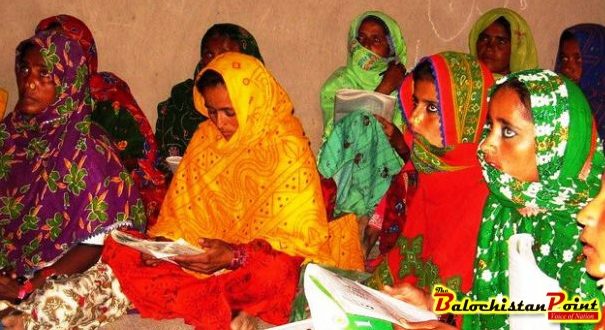 UNITED NATIONS : Millions lack access to quality education around the world—but how can the international community change this?

Two years into the adoption of the ambitious Sustainable Development Goals (SDGs), one of which includes a goal to provide inclusive, equitable, and quality education and lifelong learning opportunities for all, the question of ‘how’ still remains.

In an effort to answer this question, the UN convened a high-level meeting to discuss and explore new approaches to achieve the education goal, namely SDG 4.

“Access to quality education is not only a goal in itself, but a fundamental building block of creating a better world of sustainable peace, prosperity, and development,” said current General Assembly President Peter Thomson during the opening segment.

“For in the act of investing in education, we are realizing the potential of our greatest asset: the potential inherent in the people of this world,” he continued.

Deputy Secretary-General Amina Mohammed echoed similar sentiments, stating, “We know that when we deliver education to a young person, we are not only delivering the knowledge and skills they will need to chart their futures, but we are preparing them to lend their hearts, hands, and minds to shaping a much more peaceful, prosperous society indeed for themselves but also for everyone.”

However, much work needs to be done.

More than 260 million children and young people are out of school, and the number of primary-aged children not in school is increasing.

Over 750 million youth and adults also do not have basic literacy and numeracy skills, even if education is accessible.

Access to education often has a trickle-down effect, helping boost food, health, and economic security, all of which are also essential SDGs.

Education is therefore the “golden thread” that connects all 17 SDGs, Thomson noted.

But providing education is no simple task as there are many challenges to overcome.

“This is not only a short-term challenge, but a challenge that goes directly to the heart of our long-term efforts to build a more peaceful and equal world,” Mohammed said.

Girls also still face a range of barriers from gender-based violence to social and cultural norms that prevent girls from attending to even the lack of appropriate and separate toilet facilities for girls, causing 130 million primary and secondary-aged girls to be out of school today.

Two-thirds of all illiterate adults are also women.

Since increasing women and girls’ access to education is proven to directly contribute to healthier families and economies, Thomson urged to look for ways to end gender discrimination that stops women and girls from accessing education.

Participants also highlighted the importance of providing lifelong learning for life and work.

“Over the next ten years, a billion young people will enter the global workforce. They need the requisite skills and competencies required not only to do the jobs that exist today, but the many jobs that haven’t yet been invented,” Mohammed stated.

Thomson added that adults should also be supported with ongoing training to help them adapt to and participate in rapidly changing workplaces.

According to the UN Conference on Trade and Development (UNCTAD), automation threatens up to two-thirds of jobs in developing countries, reflecting the necessity of adaptation support and vocational training.

However, among the biggest challenges to provide inclusive, equitable, and quality education is finances which continue to be insufficient worldwide.

Some countries such as the Republic of Korea, which has one of the best education systems in the world, have successfully allocated almost 5 percent of GDP to education, providingequitable access to vocational programs, and achieiving some of the highest secondary and tertiary enrollment and attainment rates in the world.

“This comes from the belief of the people on the power of education from the bottom,” said Republic of Korea’s Former Minister of Education and member of International Commission on Financing Global Education Opportunity Ju-Ho Lee during the event.

However, this is not the case for many other countries. The UN Educational, Scientific, and Cultural Organisation (UNESCO) found that 51 out of 138 countries with data spent less than 4 percent of GDP on education, including a number of both low-income and high-income countries.

Though low and lower middle income countries have increased their spending on education, it is estimated that these countries would still face an annual financing gap of 39 billion dollars between 2015-2030.

External resources such as aid become essential for such countries. However, aid to education has remained stagnant.

Between 2014 and 2015, aid to education was a total of 12 billion dollars below its 2010 level and significantly less than the amount required to achieve SDG 4.

Mohammed urged for increased funding both on domestic and international levels, especially to countries most in need, as well as calling on participants to explore new approaches beyond ODA.

Referring to his meeting with schoolgirls kidnapped from a school in Chibok, Nigeria, Thomson said that it should serve as inspiration to strengthen access to education for a safer and equitable world.

Mohammed made a similar appeal, stating: “There is no better investment in the future of peace and resilience of a society than in the education of its citizens, every citizen, and perhaps to say beyond citizens for those who are stateless—every person deserves a right to quality education.”

The UN High-Level SDG Action Event on Education is the last in a series of SDG events convened by the 71st session of the General Assembly. Each event focused on a key driver of sustainable development including sustainable peace, climate action, financing, and innovation. Courtesy: (Inter Press Service)

Published in The Balochistan Point on June 29, 2017